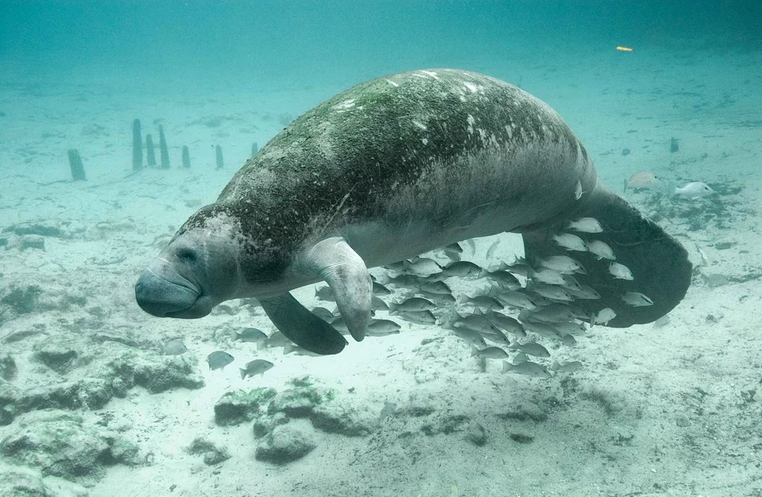 This camera occupies a river spring in Blue Spring State Park, where manatees gather in the winter months when the river's temperature in the neighboring St. John drops below the spring temperature. In a small bay, hot springs rise from the bottom of the river in one place. The water here is a few degrees more than usual at this time of year, around twenty-three degrees. Which makes it a vital haven for manatees in winter. Occasionally, people in the kayaks are seen in the shot, they are scientists with special permission. In addition to manatees can be seen a variety of fish such as freshwater and sea pike, catfish, tarponi, mullet, amur, perch, Gambusie mosquito, tilapia, pacu fish, armored catfish, occasionally turtles, cormorants, grebes or snakes.
Save the Manatee Club is an award-winning national non-profit organization 501 (c) (3) and a member organization founded in 1981 by singer / songwriter Jimmy Buffett and former US Senator Bob Graham while Governor of Florida. Their mission is to protect manatees and their water habitat for future generations.

Krmelec in the forest - webcams

11.12. Still that there are records online not seen