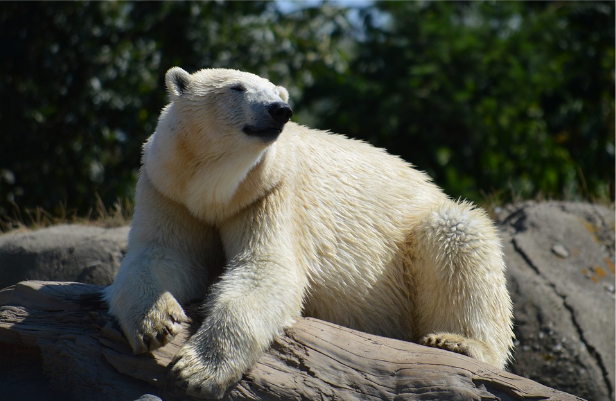 Polar bear is a large species of bear typical of the northern polar regions. Compared to other species, it has a narrower ecological niche that has been greatly adapted to body characteristics adapted to low temperatures, snow, ice, and cold water swimming. They live mainly by hunting, their main prey being seals, staying at the edges of sea ice. If the food is not enough, it lives from its fat reserve and is able to starve for several months. The fatty tissue reaches 10 centimeters thick and protects it against freezing temperatures. It probably feels more tolerable for more comfortable temperatures than 10 ° C and overheating.

At the withers it measures approximately 1,5 meter, the length of the body is approximately 2,5 meter and when standing on the hind legs, it reaches a height of about 2,4-3,3 meter. Males weigh 300-800 kg, female 150-300 kg - weighed up to 500 kg.
The polar bear rarely lives in the wild for more than 25 years, yet there was an estimated age of about 32 in a dead piece found. In captivity, in the Detroit Zoo, a female polar bear survived the respectable 43 years and 10 months.