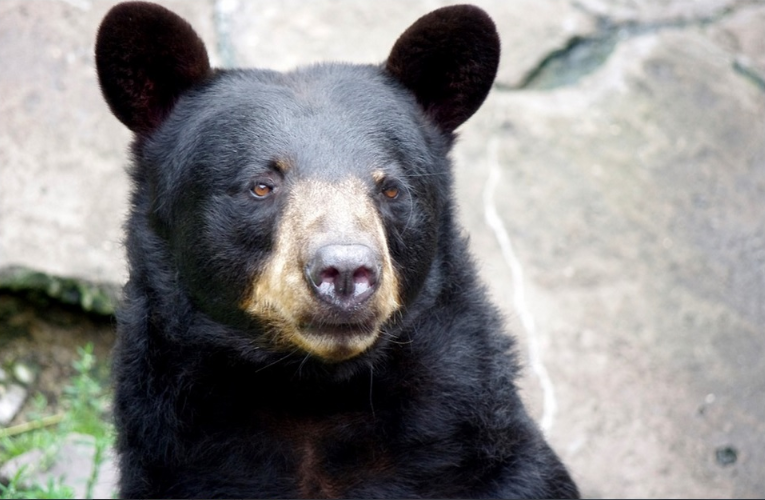 A bear baribal, also called a black bear, is a medium sized bear species that has its natural home in North America. It is the smallest and most common North American species of bear, and its food depends on the site and the season. It is, therefore, the whites most often inhabiting the densely wooded areas that leave in search of food. Sometimes this search will lead him to human dwellings, where food can get easily. IUCN does not consider baribal as an endangered species because its distribution is large and the number of individuals equals twice the number of individuals of all other species of bear together. Together with a brown bear and six other species, it is the only extinction of the endangered species of bear. Baribal often denotes trees with teeth and claws, communicating with other barbals.
Although all baribals live in North America, the species is not a close relative, neither a brown bear nor a polar bear. The nearest barbarian relative is the bear eared.
The bear baribal has a wide skull with a thin nose and large jaws. Females usually have a more pointed and narrower head than males. The barbala scabs are black or gray-brown and short. They are as long on the upper and lower limbs, but on the upper ones they are sharper. Baribal has longer legs than a bear bared. The tail baribal measures only 12 centimeters and its black ears are small and round. Baribala feet are black to brown, hairless, leathery and strongly wrinkled. Baribals are skilled and can, for example, unscrew the can lid or open the door with the crank. They are also very strong, and their chicks can topple up to 150 kg of heavy stones with one upper limb. The baribals move in a rhythmical, confident motion and can develop a speed of up to 50 km per hour. They have great eyesight and learn visual color discrimination faster than chimps and as fast as dogs. They can also quickly learn different shapes, especially simple triangles, circles and rectangles.
Baribala weight varies by age, gender, health, and seasons. Seasonal weight is predictable, in autumn, before winter's sleep, weigh about 30 percent more than in spring. Baribals from the East Coast of America are usually heavier than those from the West. While males usually weigh between 60 and 250 kilograms, females roughly about 33% less, so between 40 and 170 kilograms. The barbala body length is usually between 120 and 200 centimeters, measured at 70 to 105 centimeters at the withers. Although generally the smallest of the North American bear, some males may be larger than all other bears, except for the brown bear and the polar bear.
The barbell hair is soft and dense with long thick hairs. Baribals are not as coarse as brown bears, and can be distinguished from the hair of the ears, depending on the pale chin and the hairy feet, which occur only in barbals.
Bears usually give birth to their first chicks from the age of 3 to 5 years. Those who live in densely populated areas, however, often live in an elderly age. Prognancy procreation takes two to three weeks, most often in June and July, in the northern part of the expansion even in August. After mating, bears are aggressive towards their species. The 235 day of gestation lasts and youngsters are born at the turn of January and February. In one litter, 2 bears are most often born but litters with 6 chicks were recorded. Bear bears 280 to 450 grams after birth, and their length reaches 20 centimeters. Freshly born youngsters have a gray coat and are blind up to 28 to 40 days after birth. After five weeks, they start to walk and after 30 weeks they are no longer dependent on breast milk. Absolute independence reaches the age of 16 to 18 months. At three years, barbarians are mature and at full five years of age. The average life expectancy in the wild is 18 years, the recorder has lived 31 years in captivity then 44.
The barbarians are downloading in October and November, before they can pick up over 15 extra pounds to help them get over seven months of hibernation. It takes only three to five months, and the barbiturate heart rate decreases from 40 to 50 per minute to just eight strokes in one minute. Hibernaci baribal spends himself in a brick that he dug himself in the cavities of trees, under the stones or stones, in caves or shallow pits. It turned out that, as far as choosing a place for brloh, females are more selective than males. In order to suppress the taste of barbals, leptin is released into their system. Because baribals do not emit feces during hibernation, carbonaceous waste in their bodies is biochemically transformed into proteins. This also prevents the loss of muscle because the process is also used to create it. The barbial body, however, leaves the temperature around 35 degrees Celsius and baribals are still partly attentive. If winter is not too cruel, they can even wake up and look for food. In February, the bear gives birth to chicks, which must be cared for until the disappearance of the snow cover. In winter, barbarians consume 25 to 40 percent of their body weight. When hibernating, they also remove the skin from the feet, which covers the new layer. After leaving the bar in the spring, Baribal must walk around his territory for two weeks to get his metabolism back to active movement. At the same time, he looks for food in the form of winter dead animals and new shoots of plants, especially wetlands. In mountainous areas, barbarians are looking for southern slopes at low altitudes, and as spring approaches, they advance higher and further north. For shelter, protection against heat and sleep, they use dense forest stands.