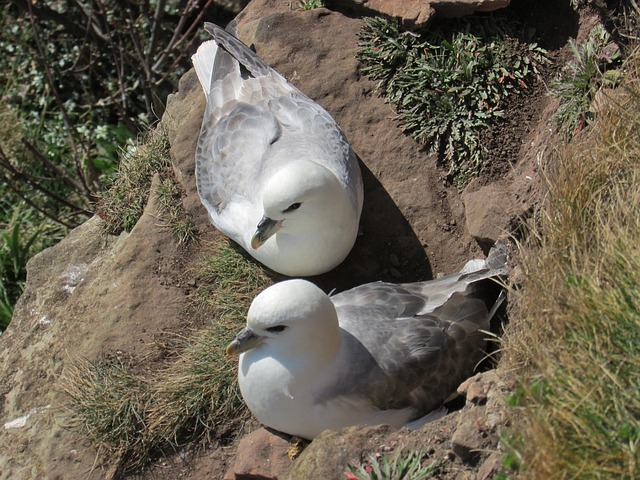 The camera is set in the dome of dome-shaped human beings, Bermuda's Department of Environment and Natural Resources (DENR) on the island of Nonsuch.

The couple returned to the island in the middle of November, then disappeared into the sea. 11. The lady returned and within the hour she carried one egg. The incubation will alternate for 52-55 days while one will sit on an egg, the other will The lying of the young is estimated for the first week of March. If the hatch is successfully hatched, it should be fished around the first week of June.

31.3. the exposed burrow frightened me a little, but at 17,36:17,48 a little man "borrowed" the little one and then at XNUMX:XNUMX he returned it. He continues to sleep soundly, so his medical examination certainly turned out well.

15.3. The little ones are already left by their parents in the burrow

9.3. The stormtroopers hatched their young

pity the first, perhaps in this nest the squirrel will be lucky until adulthood

UPDATE Nonsuch Expeditions - Bermuda
Sad news from CahowCam 1's nest, Jeremy confirms that his egg failed. Watch as he then rings the male with a GLS radio, which will monitor his movement for the next 1 to 2 years.
Keep an eye on CahowCam 2, where a cub is expected in the coming days.

20.2. here they are fully seated in both nests, it will still take time for the little ones to hatch

17.2. where he works diligently, where he does not go

stormtrooper has only one