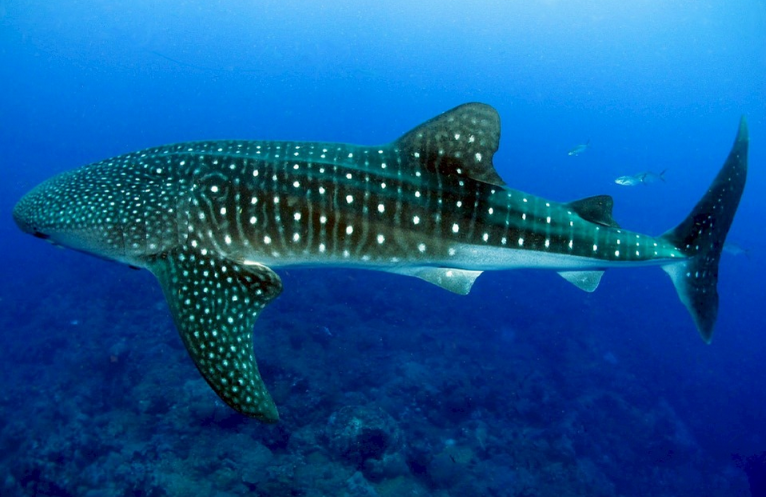 Sharks are predators, inhabiting most of the sea and ocean expansions on Earth. Some of them also occur in brackish waters at estuary rivers and penetrate into their lower streams, and there have been few species that have adapted to life
in larger sweet lakes.
Sharks are very well adapted to water movement. They have a torpedo, sometimes a serpentine body. Their breast fins are not associated with a cartilage that is cartilaginous, but there are signs of bone formation.
The skin is covered with placoid scales covered with enamel, which causes a great roughness of shark skin. The drainage gaps are on the sides of the body, with the water flowing over them only sharking forward (the water penetrates the mouth through the oral cavity and the gills in the mouth again), causing the shark to cling to the net, quite quickly After the first gully gap, there is a smaller hole called spiráculum, which is reduced or completely disappearing in some fast-moving species, whereas species that stay at the bottom are significantly larger and oxygenate the blood for the eye
and the brain. In rays and half-hips (eg Californian half-horse) it brings water to the gills when it lies buried in the sand.
Shark jaws have exceptional features in the animal world. The predatory sharks had the upper jaw firmly attached to the skull and had to settle for a relatively small prey. During development, however, the muzzle moved under the head, the upper jaw loosened from the cranial junction and became moving. Thus, today's sharks can eat a lot of loot or pick up large pieces of meat. The jaws are dominated by powerful muscles. The force of jaw grip measured on a three meter long shark was 3 tons of 1 cm2 (the force of the human jaw is at a 70-pound human about 220 kilograms on 1 cm2). Sharp, usually triangular teeth of skin origin are planted in solid connective tissue and arranged in several rows, of which only the first is functional. Shark teeth have unlimited regeneration capabilities. After wear or damage, the teeth bend forward and fall off, with a number of others coming in. The number of rows is not final, others are still growing. The rate of tooth replacement varies by type, it may take 8 - 10 days, but also several months. The teeth in the lower jaw serve to hold the prey, while the teeth in the jaw are upper for cutting
(this is caused by a violent throwing of the head to the sides in the attack).
The digestive system is relatively short, the pharynx is followed by a small esophagus, followed by a small esophagus, stomach and small intestine and, finally, a large intestine called spiral algae and cloaca. Large hepatic liver with a high liver fat content and primary excisional system are connected to this axis.
The dorsal string begins to be strangled in the vertebrae (but is still continuous). Sharks have a special substance in the body called the squalene,
which helps them to lighten the body and make better movements in the water.
The largest shark is a huge planktonhoravý shark (allegedly up to 20 meters long), the most dangerous person is the white shark, also called the lizard, and the whale shark, blue shark and tiger shark.

A documentary about cats

Trout - webcam from the river