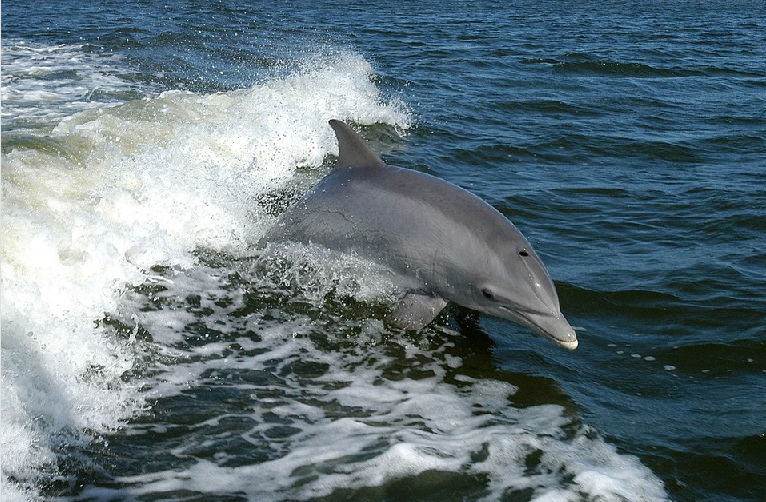 Complex social hierarchy, family ties, and the incredible mother ties of a group of dolphins living in the Shark Bay. View of the life of 38let Puck and her descendants.

Dolphins are among cetaceans, a group of mammals that have adapted to lasting life in the water.
They have a relatively large chest fin, a triangular dorsal fin and a horizontally oriented tail fin. Dolphins can swim at 50 km / h. They also often leap above the surface, they can leap 4-5 m up and 10 m into the distance.
Dolphins have elongated beaked jaws with a large number of pin-shaped teeth. The mouth of the breathing system - the airway - moved to the top of the head. The forehead is arched, there is a fat body between the skull and the skin, the so-called melon, which is used in the echolocation. Thanks to it, the dolphin gets information about the environment.
It occurs in the seas and oceans of tropical and subtropical and temperate zones, including the Mediterranean and Black Seas. Somewhere along the European coast, it reaches the North Sea
According to the IUCN, this is a small species with a high stable population. Among other things, the dolphin jumping is also one of the most frequently reared species in zoos or dolphinariums.

Pregnancy lasts 12 months. The baby is 89-101 cm long. She is born with her tail first. He comes to the world in shallow waters, where his mother can help him breath. For 18 months, breastfeeding mother milk contains a lot of fat after which the young grows fast. At about the age of 6 months they first taste fish and their mother teaches them to hunt. The females only give birth once in three years and only one cub.
Dolphins are communicated through the respiratory organs and the tongue. They make sounds like whistling, kissing or squeaking.
Every 30 minute has to be washed to the surface to inhale the air.