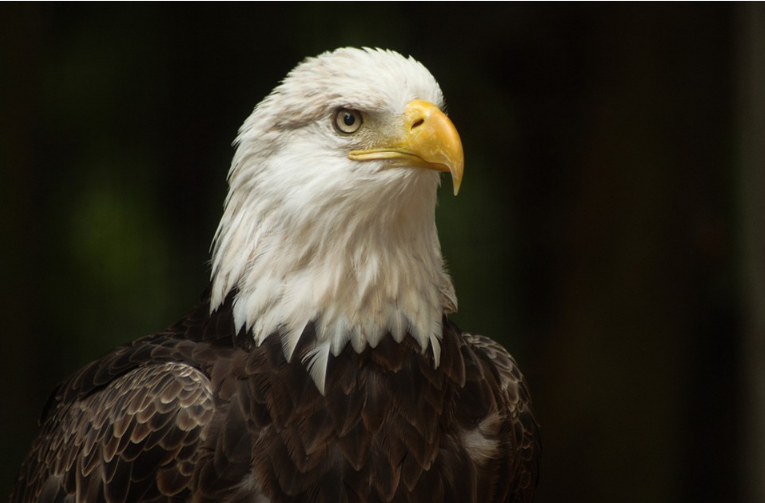 The Orli Decorah nestles near the Trout Hatchery, the Decorah Hatchery, located on 2325 Spring Rd in Decorah, Iowa. The female is known as mom and the male is known as DM2 (the second male of the Eagle Decorah).
Generally, the courtship begins in October, productive mating in late January or early February, and laying in mid to late February. Hatching usually begins in late March to early April and young eagles fly out of the nest in mid-late June. While young people usually disperse between August and October, adults remain in the territory throughout the year. They eat live and dead fish, squirrels, other birds, rabbits, possums and anything else they can catch or find.

Dad, the original male disappeared in April 2018. Based on the color of her feathers, she was four years old in 2007 and fifteen in 2018.
After two more males arrived and left, mom received a third suitor. In December 2018 Mom and DM2 worked on the N2B nest, defending the territory together and mating.
Raptor Resource Project 'has been broadcasting the nest online for 10 years.

Thank you to webcam operators: https://www.raptorresource.org/birdcams/decorah-eagles/

The Bald Eagle is a large predatory bird living in North America. It is the national bird and the state symbol of the United States of America. It occurs in most areas of Canada and Alaska, throughout the continental United States and northern Mexico, mostly near large open waters with abundant food supplies and old nesting trees.
The adult individual has brown feathers on the body and white on the head and tail. The tail is not too long and its shape somewhat resembles a triangle. Both males and females are colored the same way. The beak, the claws and the iris have a bald eagle in yellow. He has short, strong fingers with big claws on the unsightly fangs. A fingertip on the back finger pierces vital points on the victim's body, while his forefinger holds her motionless. It has a large beak of hooked shape with yellow rays.
An infant has brown feathers with white spots until their fifth (exceptionally fourth, rarely and third) year when they are sexually mature. The Bald Eagle is a large bird with body length 70-102 centimeters, 1,68-2,44 meter wingspan and 2,5-7 kilogram weight. The females are roughly a quarter bigger than the male, the average weight is 5,8 kg and in the case of the male 4,1 kg. Body dimensions vary according to the geographical location - the smallest individuals live in Florida, where the male exceptionally exceeds the weight of 2,3 kg and the 1,8 meter wingspan, on the contrary, the largest live in Alaska, where a large female can exceed the weight of 7,5 kg and a range of 2,4 meters
In the wild there is an average of twenty years, the oldest can live up to thirty years and in captivity even longer. In one case, a captive in New York has been living 50 for years. Just as dimensions, life expectancy is affected by the place of occurrence.
It produces faint, whirling sounds that are more pronounced in a younger than an adult.

24.1. UPDATING THE RRP - MOM AND IT'S RIGHT EYE We know everyone is worried about Mom's right eye. At first, we began to receive questions on January 20, when sharp-eyed observers noticed that they seemed to have closed their right eye mostly or completely. We looked and noticed the same, but we could not identify the source of the problem. Her eye was not bloody and behaved like a normal territorial adult eagle. On January 14, some rabbit fur stuck in the upper outer corner of her right eye and seemed to have ice on her "lashes" or rim bristles, which could have contributed to her... read more

23-01-2020 DM2 today perhaps 8x on a nest with a branch, in the afternoon check the nest together with a female :-).
When Mom sat on the tree by the stables, her right eye was strangely closed. She opened it on departure, but it was strange.

Hello Mrs. Leono, I noticed yesterday too, but I was waiting for the RRP.

Thanks a lot for the report 🙂. It's amazing how eagles are constantly under close control.

22-01-2020 Today both eagles can be seen together - nice shots from the tree at the stable and from the nest. It is snowing in the afternoon, the temperature is slightly below zero, so perhaps not so hard.

21-01-2020 Before lunch one of the eagles for 2 minutes checking the nest, flew away and then one is seen in the observation room.

21.1 Raptor Resource Project Report When can we expect our eagles to lay eggs? If they follow the usual plans: Mom Decorah should begin laying eggs in mid-February between 17 and 23 February. DNF female Northern Nest Decorah should begin laying eggs in mid-February. We have only one year of DNF data. Last year she laid her first egg on February 21st. This year she could endure a little earlier. What influences egg laying data in a given nest? New females often suffered a little later in the first year, something we saw on our nests of Decorah and Fort St. Vrain. Sometimes you do... read more

… .. there was also a fish consumed on a tree above the bike path.
There is an unprecedented number of geese on the pond - their screams must be disturbing to the eagles 🙂
Mom Decorah in the early evening on a tree near the bridge, towards the horses.
You can see how the day gets longer - it is still visible after 17pm.
The temperature should be up to -18 degrees at night. - brr 🙁

Thanks for alerting Mrs. Leono, this is a very young eagle, maybe a D33 shame we'll never find out

Especially to have in his beak… ..
The temperatures that are now there are pretty harsh - up to -18 ° C tonight. and from Saturday night temperatures below -20 degrees Celsius.
“Ours” are not visible today.

Perhaps the young man finds something ... Ours are hiding somewhere and saving energy.

Roe deer is moving in the stables. Mainly in order not to turn out as their "colleague", according to antlers probably sika deer, on Christmas Eve - in the water under the rock 🙁.

No… these three will not be released soon, even if they are in the airspace for release.

In space are, Logsdon Park and HY19 D32 and Rowley.

Juveniles fly around at 20x60, but the third member doesn't. Logsdon Park had fractures in his left flank and lost several feathers after his bones healed. Logsdon Park is now able to fly once 60th.

When everyone is ready to move on, they will go into 100m airspace. No, we don't know when it will be

15.1. Mrs. Leona, the female will be by her feet, but she's not Mama Decorah. Mom has a different beak shape and the difference is in the feathers around her eyes.

Thanks, I got another one. Could there be another couple around? Our Mom Decorah is beautiful, this one was not so pretty, maybe she is older.

There are other nests that are not monitored.

Oh I did not know. But those "ours" are such prominences, right? They are admirable living near people and not afraid of cars. It is obvious that no one is hurting them and pampering them.
I wouldn't be surprised if they had the “Attention Eagles” sign down there at the crossroads :-).
Good night 🙂

I have the impression that there is a warning. It is usually put there by camera operators and the surrounding area is closed. RRP takes care of the eagles when they crawl out of season and do maintenance, leaving the eagles on the nest each time. 🙂 Or if the nest is damaged, it will repair it. Here and in Decorah North there is a nest on the platform that the RRP team built for them.
Good night 🙂

15-1-2020 So now I really do not know: about around ten in the morning came to the nest eagle, I would say female, but as our mom Decorah did not come to me. She was ruffled and had other "behaviors." She arrived yesterday's rabbit remnants and quickly departed. I guess I'm wrong and I'm already wild with eagles 🙂 but how do you, the others and especially Mrs. Petra see it?!

Greetings Mrs. Leona, let me look at it.

14-1-2020 Around noon, DM2 brought a piece of a rabbit to the nest. Decorah's mom ate, while DM2 flew off the branch above the nest. The female cleared her beak, sat over the nest, and then flew away.
Later, the male returned to the nest, the rest of the rabbit "arrived" and flew.
Today the food hopefully succeeded ………… ..

14.1. snow on the nest does not bother the bastion

10.1. 19:00 CET stranger on a branch, according to the color of a five-year eagle, still has a little dark feathers on his head.

Today there is interest in “our” territory ………

Still looking, maybe it will be the Royal Buzzard, it has such a bright belly. https://www.inaturalist.org/taxa/5181-Buteo-regalis

Yeah yeah, that's probably when I'm comparing photos. He was there on the branch as a revelation 🙂. Thanks !!!

Penguin 😀 😀 😀 It worked! For a long time I laughed so much Mrs. Leono 🙂 It will probably be red-tailed buzzard, or Cooper's Hawk. Let's see what RRP experts write about it.