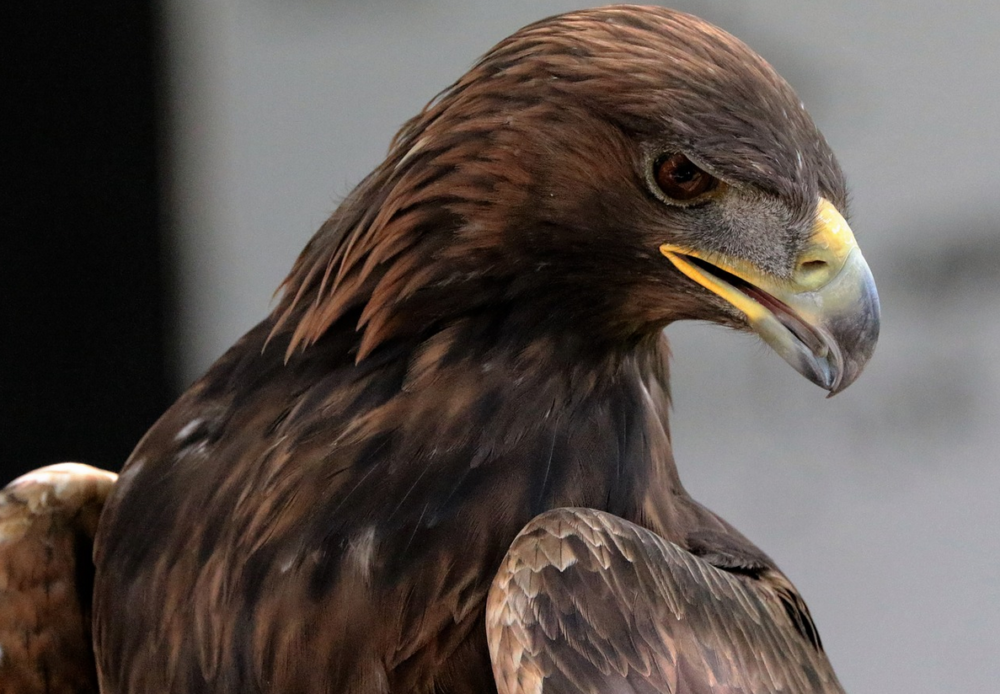 The camera of the bald eagle's nest is located in the Soomaa National Park in southwestern Estonia, where eagles have been nesting since the second half of the 20th century, when the legendary Estonian naturalist Viktor Masing (1925-2001) found an eagle's nest here. More nesting sites, at least four, have been observed in the territory of this bald eagle. The nest seen in the camera has been used by eagles since 2011, during which they raised a total of three young.
In 2018 and 2019, eagles brought fresh material to the nest in the spring, but they did not have eggs. In the case of bald eagles, such so-called non-nesting periods are common. Female eagles usually lay eggs in the second half of March. They have up to two eggs, but generally only one eagle chick survives.
In 2020, a live broadcast from the nest of Kalju and Helju began at the end of February, when the eagles began to build the nest. In 2020, the first egg was laid on March 11. On March 15, a second egg was laid. The incubation lasted over 40 days. Eagles raised one cub. The younger cub lagged behind in the food competition and died. On May 29, the surviving eagle was ringed. He left the nest for the first time on July 3. It remained near the nest until autumn.
In 2019 the inhabitants of the nest had no rings, but in 2020 the female had a metal ring on her left leg. In Estonia, bald eagles have been receiving two colored rings since 1997 - a green so-called state ring on the right leg and a ring with a color combination indicating the year of birth of the eagle on the left leg. We can therefore assume that the ringed bird comes from Latvia. However, we do not know exactly yet, because the circular ring has not been read yet.
The female's name is Helju, the male was named Kalju.

Kotkaklubi uses an AXIS F41 camera with a custom microphone. The main body of the camera is located under the nest, but the lens with the sensor is at the level of the nest. The camera therefore looks quite small when viewed from the nest. In addition, ornithologists tried to hide it as much as possible.
The camera is powered by solar panels, and to save power, the camera turns off when it gets dark and the batteries are low. Live broadcast from the nest continues at sunrise. It transmits the camera image via the 4G mobile internet, so that in the event of heavy network use, the transmission may be interrupted.

Thank you to webcam operators:
https://www.kotkas.ee/klubi/kaljukotka-kaamera#top

Live Lake - webcam near the bush

Veveří pavilion webcam from the cavity of a tree

6.4. sad, but it is better to eat an egg than a little eagle. Nature has its laws, which one no longer remembers and does not follow, unlike the fauna and flora.

The female Helja laid a single egg on March 21 and we can assume that the incubation started the next day, so far the incubation period was fifteen days quiet, even uninterrupted.
The incubation period of bald eagles is long and can last up to 44 days, ie the hatching time of an eagle can be 5 May.
Yesterday, Helja left the nest for almost an hour and a half, and at that time a few ravens appeared at the nest.

But did something inexplicable have to happen to Helja? The female of the bird spends most of the incubation time in the nest, which is replaced by the male Kalju during the day. All we know is that incubation is a very energy-intensive operation. We also don't know if there were any dead game near the nest where they ate, because we didn't see the birds feeding on the nest. On this stormy and still rainy morning, about four degrees of heat prevailed in the nesting forest when a female Helja left the nest three-quarters to seven.
Three hours later, at 9:50 a.m., the female arrived at the nest, crushed the eggshell and ate the contents - what was described to us obviously seems like a tragic event, but hunger must have seemed life-threatening eagle Helja had been moving in recent days very uncertain. From the video below we can see that the female arrived at the nest and after half a minute she started to shatter the shell. In the wild, care is given to the care of offspring under favorable conditions, but in order to survive the species, old birds must survive, which will nest again next year…

The ravens around the nest, however, did not harm the egg
https://www.youtube.com/watch?v=cpurvTrQt1A

The female broke and ate the contents of the egg
https://www.youtube.com/watch?v=RggloQQXdU4&t=2s

The productivity of the population of the Estonian bald eagle is shifted by 3 years. The cycle of the first year is the lowest productivity, the second is the middle and the third year is the highest. Such three-year cycles are very specific. This year (2021) is the lower part of the cycle. We do not know exactly what kind of factor (s) can cause productivity cycles here in Estonia, but it is known from the literature that these productivity cycles are usually caused by an abundance of prey. So in the beginning, I was really surprised that Helju and Kalju are this brave couple who can "win" the rules of nature and grow into a new teenager. Right now, I have no explanation that (probably Helja) received another amount of new information during the first part of the incubation period, which convinced them that they could have serious problems later in June or July. According to their instincts, therefore, came the "decision" not to continue incubating the eggs. I am absolutely sure that Helja is a smart and experienced female bald eagle who behaved in the right way, as is common in nature. The real nature is always very-very pragmatic. We've definitely seen a sad story, but on the other hand, we're lucky to see behaviors that experts usually just guess. I have been watching an eagle's nest for 10 years in Estonia. During this period, I had only two cases where the eggs or the 3-day-old eagle "disappeared" within 20 minutes and the female was at rest in the nest. Even then, I suspected that the female was probably able to "correct" the breeding results, but I was not sure. We have now received this as evidence of infanticidal behavior.
Liznm and other passionate observers - we really appreciate your time, enthusiasm and valuable remarks about what you have done here on this forum! Thanks again! Without your emotions and feedback, this webcam watch isn't as enjoyable as it is - no doubt!

Hello Peter, it's sad what happened. When I saw the video, I was surprised 🙁

Hello, Marcel, I was also very surprised, I saw for the first time that an eagle would break and eat undamaged eggs. The ornithologist explained it nicely. So now we know that it can happen on nests.