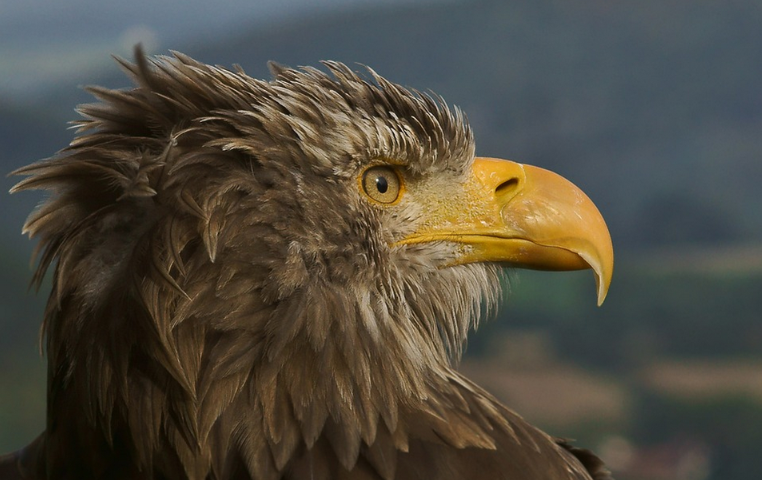 Nest of sea eagles is located in Sliteres National Park.
The Latvian Fund for Nature provides live broadcasts from a protected bird's nest thanks to the work of many volunteers and community donations.
The nesting area of ​​the sea eagle has been known in the locality since 2010 - initially the eagles nested in an artificial nest that was about 20 years old, then in 2013 they moved and built a new nest 200 meters further.
For the next five years the nest was uninhabited and the place where the birds had moved was unknown. In the winter of 2000 the nest was visited by a couple of rock eagles, but one of the birds was immature and nesting did not begin in the spring.
The CCTV system was installed in early 2019. In the autumn, a couple of sea eagles began to visit the nest, both birds are without a ring, suggesting that at least one or perhaps both eagles are new to the area - in 2013, when the nest was last observed. eagle ringed.
This is one of the two sites of the eagles known in the Slitere National Park (the third site was once located just outside the park). Birds are expected to feed off the sea and inland when nesting begins to get a good idea.
The camera system was installed in the nest by Jänis Ķuze and Jānis Rudzītis. We thank Helmut Hofmann for his help in maintaining the system!

25.11 Information from Jānis Ķuze
Hi!
A camera on a nest in Sliteres National Park experienced the same problems as a recent Durbe camera. Specifically, there are problems with the live program. In Durbe, Jānis R solved it in a temporary version that worked, but in this case such a solution is no longer appropriate. Jānis contacted the program's manufacturer in the Czech Republic, and the reconnection depends on how quickly they respond. In Durbe, we no longer turn off the camera overnight because of this problem.