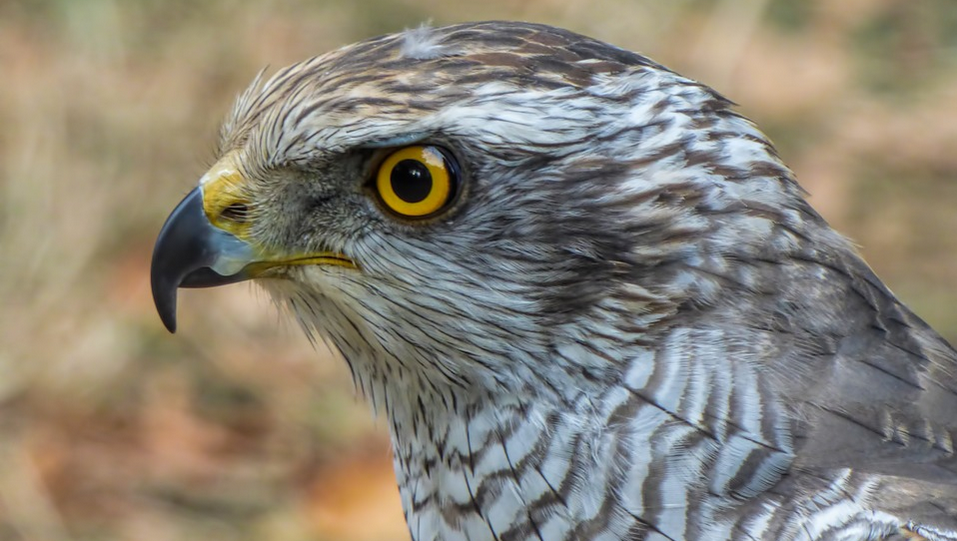 Migrant falcon has a cosmopolitan extension. Naturally, it is not only found in Antarctica, in parts of South America, New Zealand and Iceland. At present, its expansion is smaller, because in many places, mainly in developed industrialized areas, the falcon was extinct. The essential role in the decline of the migratory falcon was the use of pesticides that had been introduced into the body of predators through the food chain. Most of these products (such as DDT) are today banned and the falcon slowly returns to some areas where it has died.
The wingspan of the migrant falcons is 85-115 cm, body length 35-50 cm. Males weigh from 500 g to 750 g, females are significantly larger and weigh 910 to 1500 g. The size is variable as well as color, depending on the subspecies. Larger species are larger, southern species are smaller.
The color of the falcons is very variable. The northern the population, the overall color is lighter, on the contrary in the tropics the color of the head and back can be black
The Nordic populations are largely trailing, some of the other populations are trailing, some are flying and standing.
In nature they nest mostly on rock walls, if they do not have rocks, they also nest in an old nest of another species. The nest itself does not build or modify, it often nests on a rock on a bare base. There was also a nest on the ground. He likes human structures and often nests in the ruins of castles or various towers. Still, unlike kestrel, it does not nest too often in large cities. The nest regularly returns or nests near the original nest.
Before nesting, he performs aerobatic engagement flights.
In Central Europe, females tolerate 3-4 eggs most often at the end of March or early April. Sitting on them for about 29-30 days, the male alternates from time to time. The female either catches the food itself when the male changes her seat or the male carries the prey to the nest. After hatching, the youngsters in the nest care about 14 days only female, the male brings prey, then alternate. Young people leave the nest after 35-42 days, but their parents still feed for at least two months. The plums are sexually mature at two to three years.

28.8 - Falcons Dimond and Xavier have their first egg. Unfortunately, the transmission is blocked, it is not possible to transmit. Can only be watched on YT. https://www.youtube.com/channel/UCNkiXqv9sIz9Kxp_QIGK4nQ

they will keep watch over their house until the next "harvest"

at 5,54, he did it superbly, without hesitation. So the next nest is empty!

16.11. 5,45 Still the dare dare not fly. He slept with the adult all night, now he still trains his wings, so hopefully he will fly today.