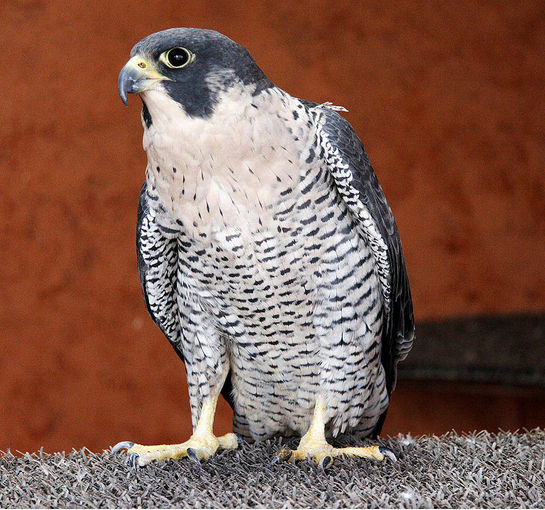 The falcon falcon is a cosmopolitan widespread falconic bird. The female is significantly larger than the male and can reach up to the size of the raven. It has long pointed wings and a short tail that narrows to the end.
The coloring is the most striking characteristic dark "beard" on the white face. Its predators are predominantly birds up to the size of the duck.
The wingspan of the migrant falcons is 85 - 115 cm, body length
35 - 50 cm. Males weigh from 500 g to 750 g, females are significantly larger and weigh 910 to 1500 g. The size is variable as well as color, depending on which subspecies are. Larger species are larger, southern species are smaller.
The color of the falcons is very variable. The more northern the population,
the overall color is lighter, on the other hand, in the tropics, the color of the head and back can be black.

Sea Eagle - webcam from the nest in Serbia

Black Stork - webcam from the nest