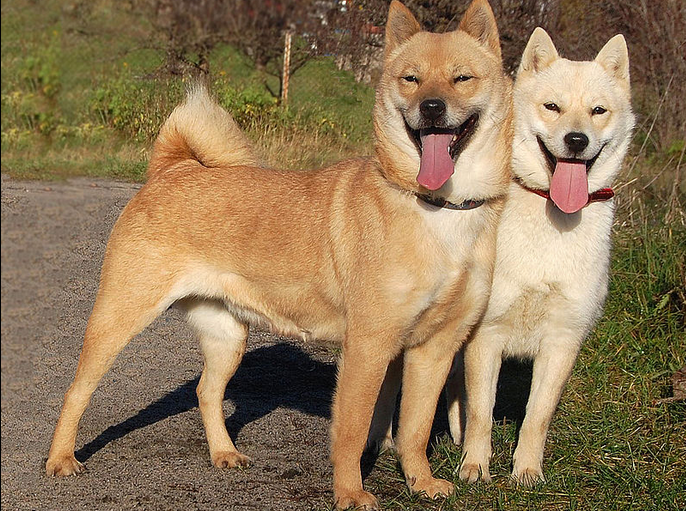 Hokkaido ken is a dog with remarkable perseverance, is dignified, balanced, loyal and loyal. It is possible to behave as a defender and for hunting, it is also suitable as a pet, but needs a lot of movement and freedom, so it is not advisable to keep him in a small apartment, or tethered at the shed. With other dogs comes relatively seamlessly, cats and other pets, but not much in love.
History of the breed Hokkaido Ken
It is believed that the hokkaido ken breed comes from Japanese medium-sized dogs who accompanied the inhabitants of Honshu Island to Hokkaido at a time of developing trade routes and relationships in the first half of the 12th century. At the beginning of the 20th century the breed was declared a national coat of arms and took the name of the area. It is also known as ainu-ken, Ainu after the native inhabitants of the area who bred these dogs for hunting bears and other large animals. Hokkaido ken is characterized by its vitality. His thick coat and muscular body allows him to withstand severe frosts and heavy snowstorms.

18.8 Minira had to go to the vet after a three-hour break.
A bad number of puppies was born. The third and last puppy is a male, born naturally
The puppies are: Buffy, sesame female, 312g
Willow, female black with tan, 322g
Alex, dog, black with tan, 362g

Thank you for watching live puppies with mother 🙂