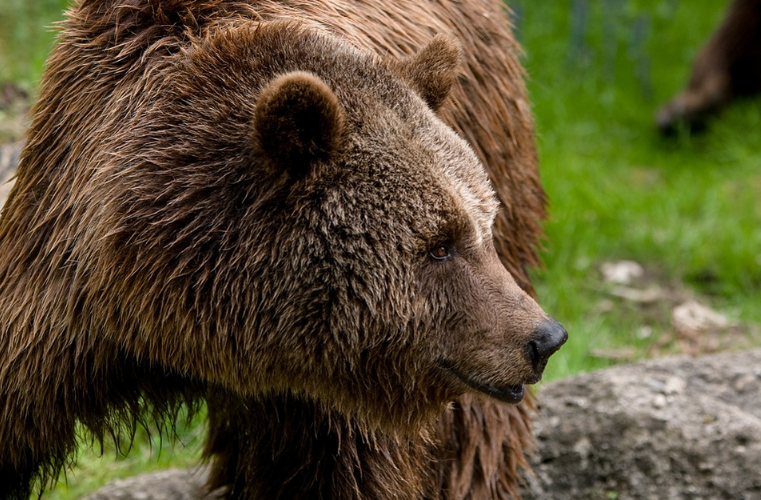 The brown bear is a mighty beast with strong limbs with large, 15 cm long claws, long hair and a large round head. Coat color differs greatly from one subspecies, but generally ranges from yellowish to dark black. Many individuals also have a white or silvery hue,
resulting in a grayish appearance. Even the size is not fixed and fluctuates in individual populations according to the amount of food available. The smallest subspecies are the Syrian bear and the largest bear cod.

The presence of a brown bear can also be traced back to its characteristic traces - the front is wider, the back is reminiscent of the footprint of the human foot, only strong claws are visible. Gender is different in size (the male is about 38-50% larger than the female, young people have a white stripe on the throat until the second year of life.

Webcam from the forest- Estonia

The camera has not been in operation since the spring. Don't know what the causes are? Thank you. I enjoyed watching the bear stick.

Hello Zdeněk, here is the last message from the camera operators

We already have the parts, we still have assembly! Due to the pandemic, things are also moving much slower!

I have a question. Will the transmission from the bear's glove not be transmitted? Thank you

Hello, they have a problem with the power system and no one has solved it yet.

8.7. those fleas still eat me, I can't eat without them

Is it the same stick and is the camera moved to another location or is the new camera in a completely different location? And that the sound is heard now.

They installed the new camera in a different location, it's the same point.

A bigger white dog came over the glade. Poor man, he didn't find anything to eat. I'm sorry for him

and what about winter sleep? Probably he's been hungry and knows how to handle a barrel, a bastard

And we have back the transfer from the bear deer !!

That's a record, the 3 camera is not going on for weeks.

On the deck two dogs, one white, the other black and white

7: 05 came with triplets. For a long time, I did not see them, they turned round and grew up 🙂