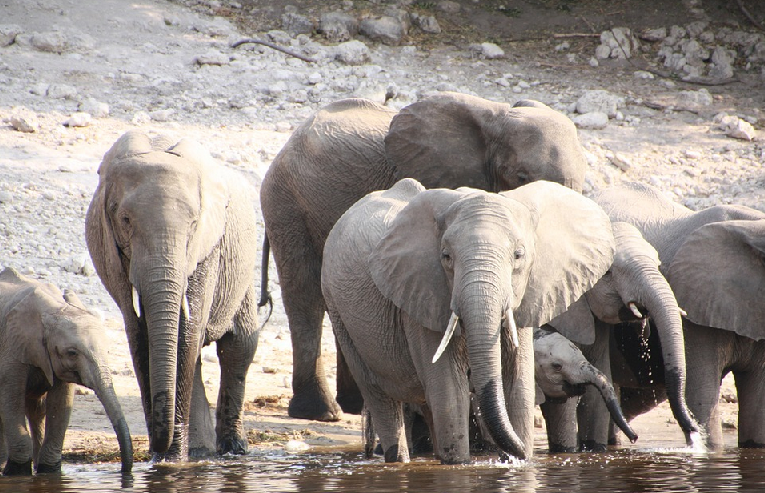 The camera is located at a watering hole in an area that was once an ancient "ivory track" connecting Mozambique and Zululand. The park is known for having the largest elephants in Africa and on the planet. The park lies deep in sandy forests and wetlands in northern Tongaland, right on the border between KwaZulu-Natal and Mozambique. Along with elephants, you can also see a big five, lions, leopards, black and white rhinos and buffaloes at the waterhole. The smallest antelopes also come to the watering hole several times a day - the musk antelope and other magnificent animals and over 340 species of birds. The park consists mainly of enclosed forests, but offers a great diversity of vegetation, located in the transition area between tropical and subtropical forms.