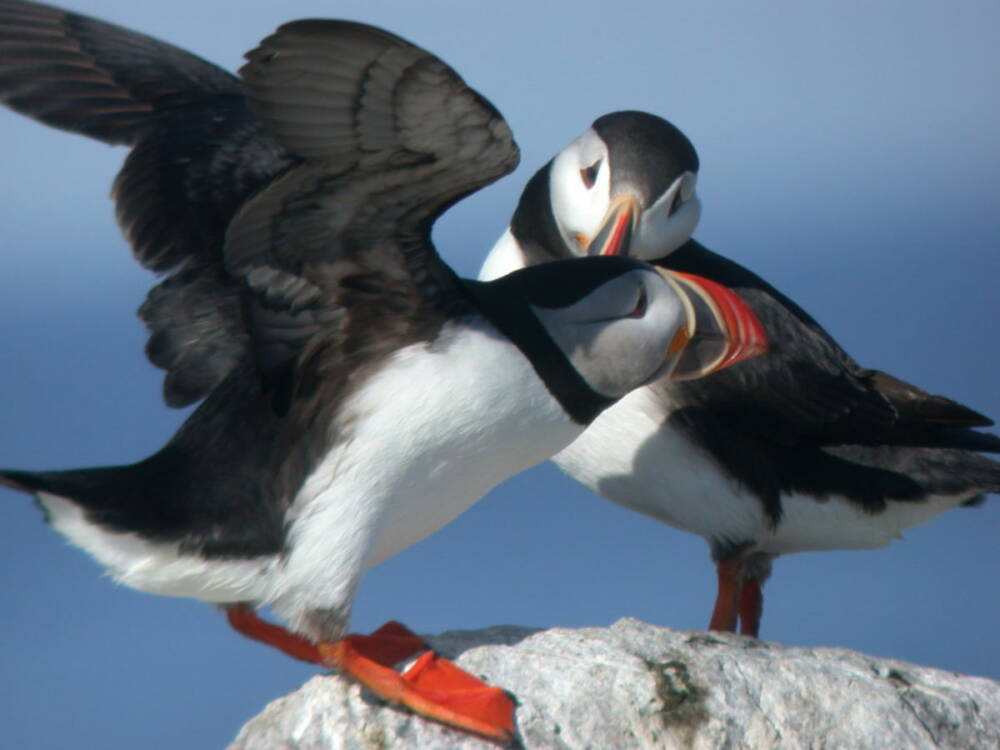 White-tailed Papuck is a small marine bird of the alcovite family. The length of the 26-29 cm increases and 47-63 cm measures the wingspan. Males tend to be larger than females, but they do not differ in color. It extends to the coasts of northern Europe, the Faroe Islands, Iceland and East of North America, and extends to the north of the Arctic Circle, south to France and Maine. The winter months spend the papuchalk on the open sea far from the mainland.

Puppies are sexually mature at age 4-5 years, are monogamous and nest in colonies. They use predominantly the cloud excavated on grassy slopes, nesting among rocks or boulders. The male is predominantly involved in the future nesting, which is later lined with grass, feathers or seaweed.

He suffers only one egg, on whose 39-45 days a long incubation is shared by both parents. The young are then fed at about the age of 49 days. They leave the nest at this age and go out into the sea immediately.

14.5.2021/XNUMX/XNUMX Cameras online again, we are waiting for the puffins to return to the island.

28.5 Transfer from the Puffin Burrow online again! We are waiting for the eggs.