A Cape Cape Earl was born in Safari Park in Dvůr Králové. 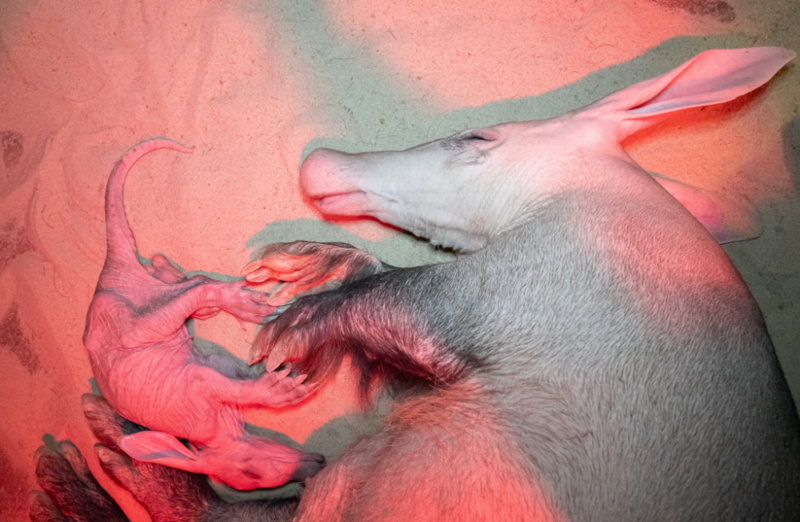 The female Cape Ratter gave birth to a cub on February 14th. The offspring is the smallest in the history of court breeding, but he regularly drinks and gets stronger. According to the nurses, they are probably males and they are by far the most penetrating and active young during the entire breeding period.
"Skyla is already an experienced mother, so the breeding is completely without problems," described zoologist Gabriela Linhart. "Even though a young with a birth weight of 1,4 kilograms is at the very lower limit of the norm, it is very active and feeding is regularly required. It is getting stronger fast, "adds the zoologist to the Valentine's addition. At the weekend, the young reached a weight of 2 kilograms and continues to grow successfully. 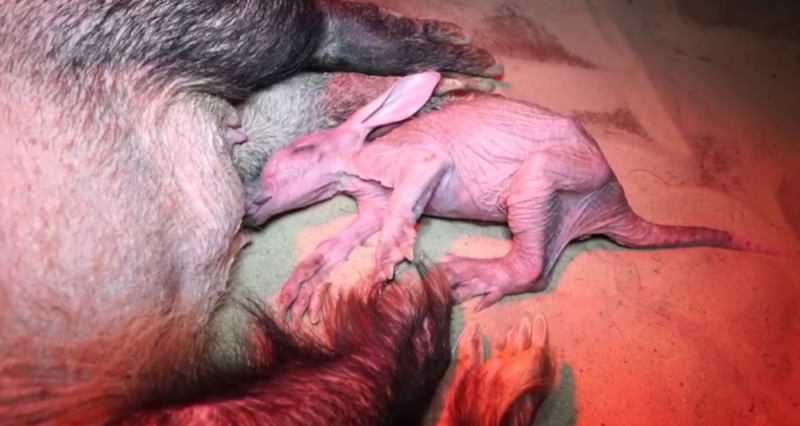 Rattlesnakes are very demanding on stable conditions. That's why a small male spends time in a special room, where his infrared lamp maintains a temperature of around 33 degrees Celsius and a humidity of over 70 percent. Such conditions would prevail in the environment of the underground lair that the rakes are building. In the conditions of a man-made burrow, which is available to the rakes in the pavilion, it is not possible to maintain such constant conditions.
The nurses bring the young day and night to Skyla and she patiently nurses him. "On average, it's about seven times a day from six in the morning until about midnight. Everything is controlled by Skyla's activities. As soon as he gets up in the evening or at night and goes on his regular patrol, we wait for him to go to bed, "says Gabriela Linhart. During feeding, Skyle caregivers take milk into test tubes and freeze it. If necessary, they will use it to feed court pups, or even rejected rattlesnakes elsewhere in the world.
Breeding rakes is very demanding. They are food specialists, in nature they feed almost exclusively on termites. These need to be replaced in human care with special porridges and mixers, which each breeder prepares himself. In addition to insects, the court zoo also features special granules, carrots, bananas, eggs or a cocktail of vitamins and minerals. 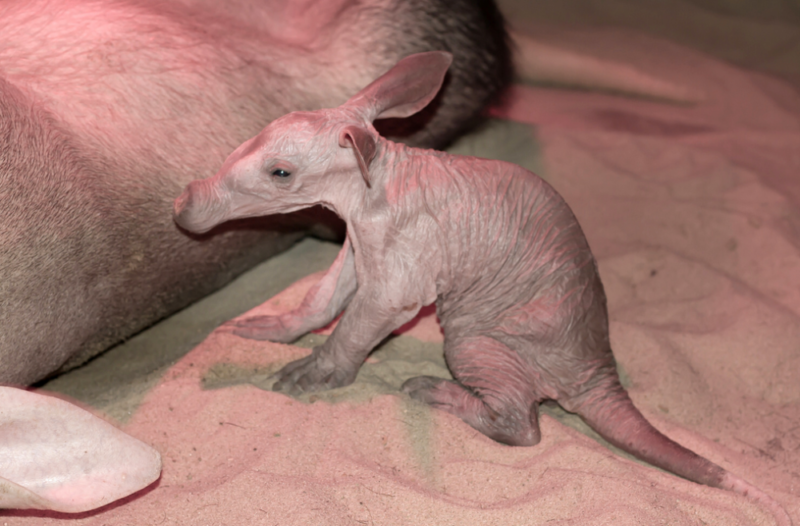 Safari Park has been breeding Cape Rattlesnakes since 2014, when the breeding male Eka arrived. In the summer of 2017, a female Skyla joined him in a specialized facility in the African Savannah pavilion. She managed to raise her first offspring in 2017, another in 2019. The couple is very harmonious and in five years they have become one of the most successful parents in the world's zoos.

The Cape Rattlesnake is a bulky mammal, weighing up to 60 kg, body length 110-130 cm and tail length 70 cm. The massive body of the rake is almost bald, only on the back it is covered with sparse bristles. The color is beige, pink on the abdomen and head. The limbs with massive claws are columnar, the hindquarters longer than the front, a strong, slightly movable tail, similar to a kangaroo, allows the animal to stand on its hind legs. The rake's head is elongated and its front part resembles a pig's snout. The eyes are small, on the other hand, the auricles are long and glabrous, similar in shape to a rabbit. In sleep, the animal is folded along the head.

The Cape Rattlesnake is found in Africa south of the Sahara, especially in the savannahs and bushes, where there are plenty of termites. In Botswana, it is also found in the Kalahari Desert, while in Ethiopia it rises relatively high into the mountains. It avoids rainforests.
In nature, it feeds mainly on ants and termites, whose nests are digged up with strong claws and the frightened insects then stick with a long tongue. In captivity, the composition of the feed is individual, consisting of many components, high in protein.
Females give birth to only one young weighing approximately 1,6 kg. Pregnancy lasts 243 days. The suckling sucks for 4 months. He lives an average of 21-23 years in captivity.

Beautiful, welcome to the world.