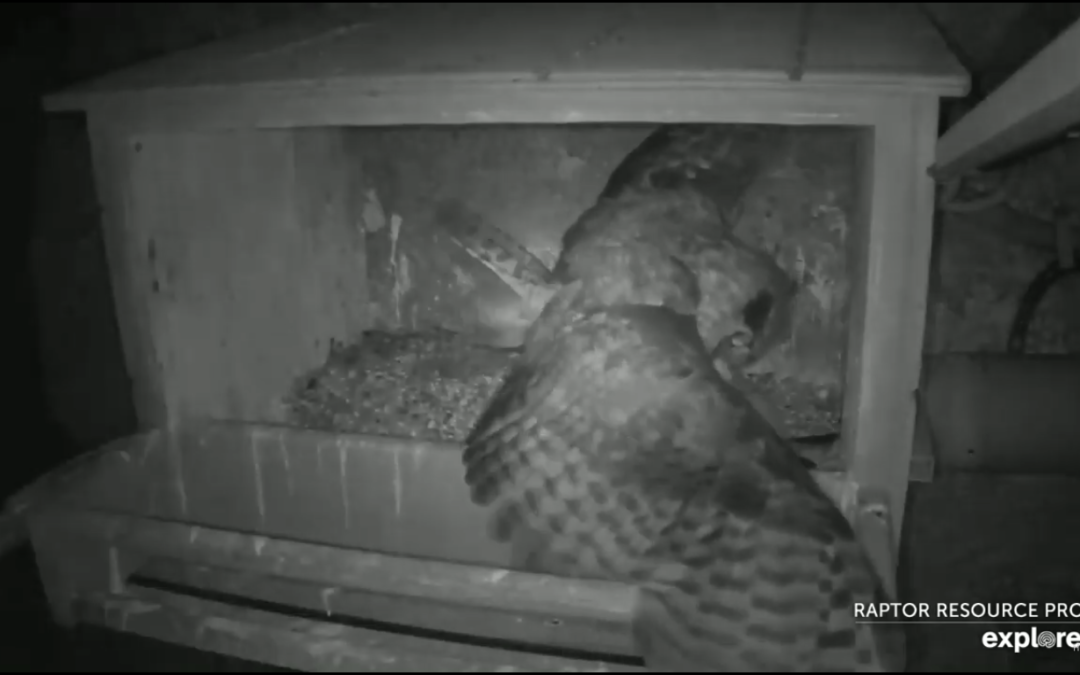 The Peregrine Falcon Nest is located on a cliff at La Crescent, Minnesota, overlooking the Mississippi River Dam.
The camera captures the life of migratory falcons, known as the falcons of the great swamp spirit.
The camera is part of the partnership between explore.org and Raptor Resource Project.
The Raptor Resource Project was founded in 1988 specializes in the protection of falcons, eagles, eagles, hawks and owls. The organization creates and strengthens the breeding populations of these predators by creating, improving and maintaining nests and nesting sites.
After winter, falcons are returning to the area in late February and early March. Newman is the first to come, waiting for the female to arrive a few days later. In the 2017 booth, black flies increased, and Raptor Ressource decided to install a new booth. In winter, 2017 replaced the existing one with a new one. The new booth has side ventilation and a larger front barrier.

1. June was the ringing of young falcons, in the nest is one female and one male, their names are: Kira and Carson.
9. June attacked in the morning nest Eagle owl. The Great Horned Owl flew into the nest of the falcons and attacked one cub before the female Michelle could react with her own quick attack on the intruder to defend the young. An eagle left the booth and Michelle chased him furiously out of the area. Sadly, a small falcon named Kira, perished. Male Carson was not injured and was seen eating, vocalizing and being cared for by his parents.

One cub survived the attack of the Eagle Owl