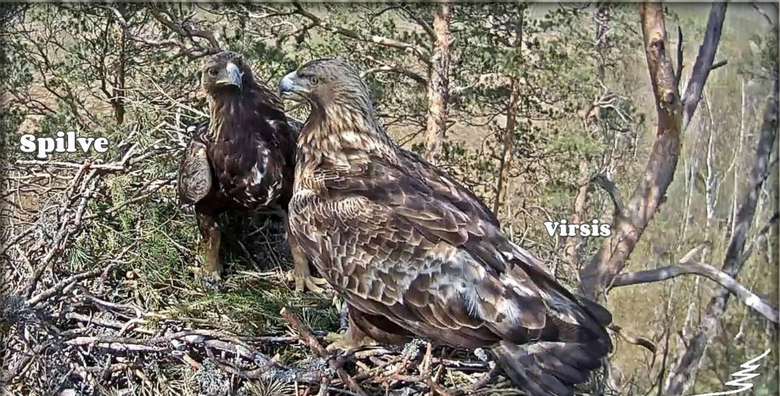 The Eagle's Nest is located in Latvia, in a marshy area, near the village of Murmastiene. The nest was built in 2010 by ornithologist Uģis Bergmanis. One eagle bred here in 2016 and since then no one has nested.
At the end of 2018, a male began to appear in the nest, and the participants of the Latvian discussion forum named Virsis.
In May 2019, a female named Spilve began to appear on the nest. The eagle pair began to bring new branches to the nest and to modify the nest to their own image. 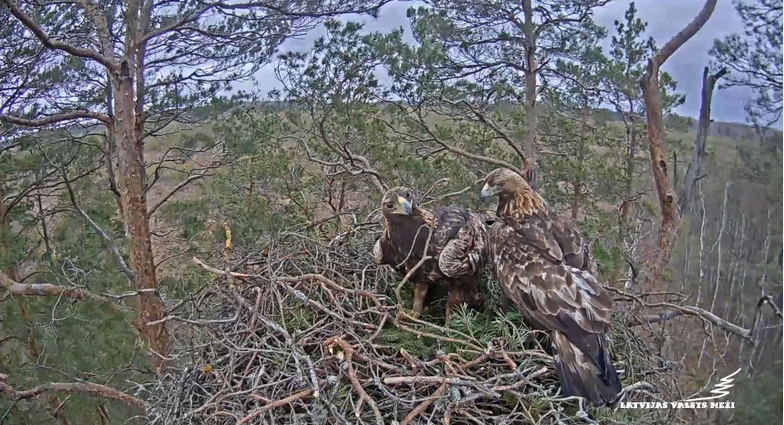 Rock Eagle is a large predator with a wingspan of 195 to 220 centimeters. It differs from the sea eagle in its longer, rounded tail and its weaker dark beak. The runner is feathered to the toes. Adult birds are dark brown in color, only the head and back of the neck is yellow-red.
The chicks have a white tail with a black tape at the end and a large white spot on the underside of the wings. Old rock eagles are predominantly monochromatic, with a dark tail and golden-yellow lanceolate feathers on the top and back of the head. The feather is colored white.

Breeding begins in March to May and the female sits on eggs for about 43 days. After hatching the chicks, it remains in the nest until the chicks burst their feathers over the dusty clothes. In most cases, only one, older and stronger chick survives, which does not allow the younger to eat or even push it out of the nest. The mortality rate of pups is the highest week after birth and only a relatively small amount of life will survive to the first month of life. After about 8 weeks the young eagle is fully feathered and leaves the nest after 80 days at the latest. Sexually mature in the 5th to 6 years. 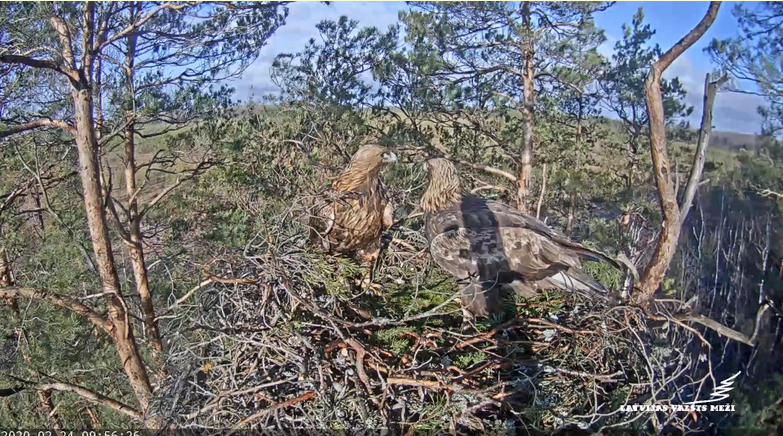 Videos from the nest:


Male Virsis on the nest

Virsis and Spilve on the nest