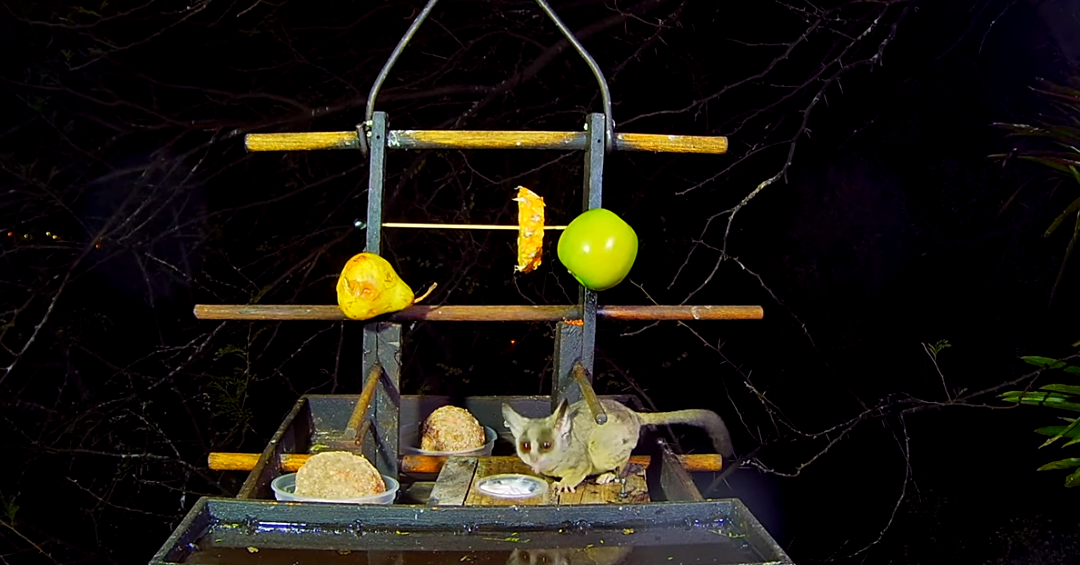 A bird feeder is located in a suburban garden in Pretoria, South Africa. The feeder is placed between the trees about 6 meters above the ground. This bird camera is brought to us by Allen BirdCam, which has been streaming live since 2010.

The Wahlberg's fruit inhabits the savannas and forests of many African countries in the south and southeast of the continent.
During the summer, they migrate to plantations with ripening sweet fruit. The group of Wahlberg Flycatchers can have up to 100 members.

Kaloni (Megachiroptera) are one of the two suborders of aircraft, which is a group of mammals, which also include bats. They include a single family, the fruit bats (Pteropodidae). Despite their large size, the bats are very light and even the largest bats weigh only under two kilograms.
The calf body is similar to the body of bats, but its head is strikingly similar to the fox head.
Water lilies ensure the transfer of pollen (zoogamy) from several hundred plants.
Kaloni are mainly herbivores and live with sweet fruits. For food, they fly by day, in flocks or alone, then settle on a fruit tree and eat the fruits. Stalks and seeds spit cautiously.
Some fruit bats even preferred to eat nectar and pollen from tropical flowers that are available throughout the year. These planes fly in flocks for about twenty, then circle around the plant and shoot a long tongue individually to taste the nectar. Once the food is depleted, the flock is moved to another plant. Unlike other fruit bats, these do not inhibit, but fly all year round and still feed. They help pollinate plants and facilitate seed formation.
Kaloni use their big eyes for orientation with echolocation. Ultrasound is transmitted using the language that they click on. Calons secondary to laryngeal echolocation.

Flycatcher on a feeder - videos

Combo ears (Galago senegalensis), also known as the common combo, the Senegal combo or the long-tailed ear, is a small, nocturnal primate, a member of the genus Galago from the family Galagidae. He lives in Africa south of the Sahara and on nearby islands, including Zanzibar. They tend to live in arid wooded areas and savannas. They are small primates (130mm and 95-300g) with wavy thick skin ranging from silver-gray to dark brown. They have large eyes, which allows them good night vision, strong hind legs and a long tail that helps them balance. Their ears consist of four parts that they can bend individually, which helps them hunt insects at night. Their omnivorous diet consists of insects, other small animals including birds, fruits, seeds, flowers, eggs, nuts and eucalyptus. Eared combos reproduce twice a year, at the beginning of the rainy season (November) and at the end (February). 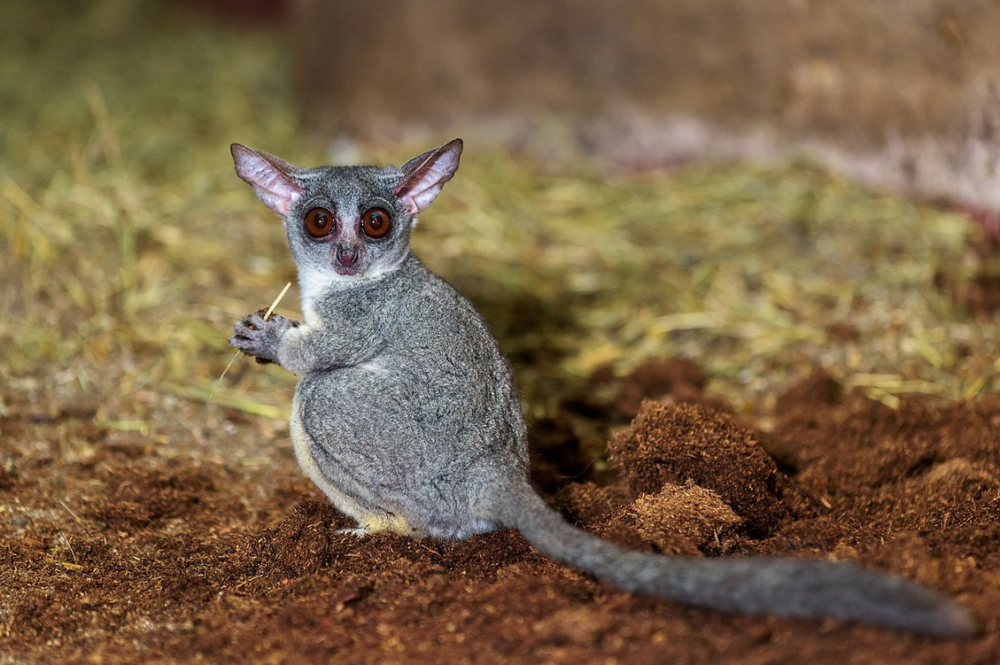 They have 1-2 young per litter and pregnancy lasts 110-120 days. Cubs are born with half-closed eyes, so they cannot move independently. The mother carries them in her mouth for several days and leaves them on suitable branches during feeding. They mark their territory with urine applied to packs.

Spotted woodpecker occurs in South Africa, south of the 32nd parallel in the area from the western cape to southern KwaZulu-Natal and around the border with Lesotho.
The female reaches a length of 49 to 60 centimeters, the tail is then 42 to 54 centimeters long. Typical spots all over the body occur in various colors ranging from black to rusty red, the coat itself (background) can turn into whitish, gray or pale yellow in the upper parts. 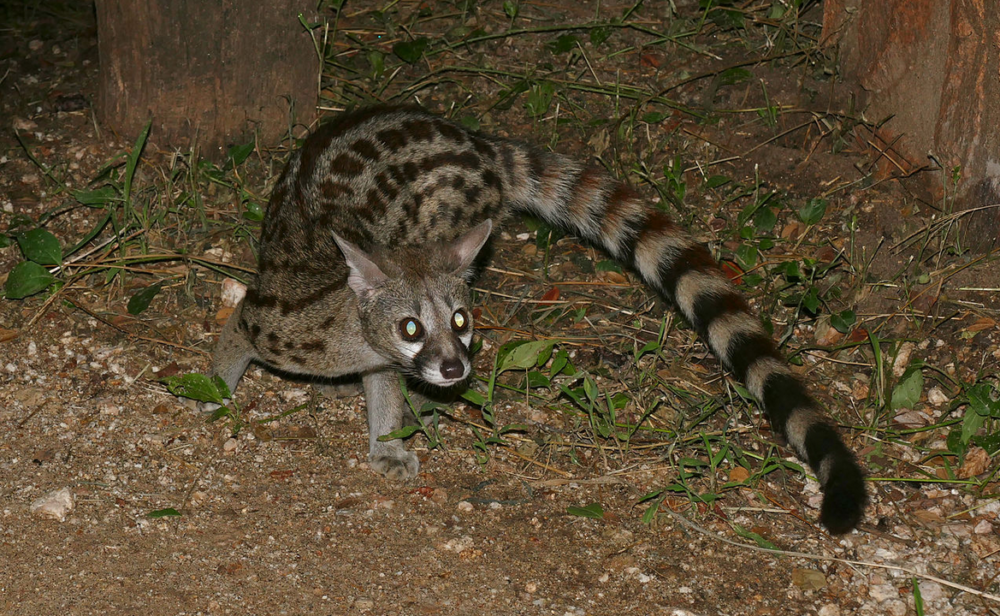 Puppies are solitary beasts that form pairs only during reproduction. The litters of young were recorded in the wild in different seasons from February to November, the number of offspring ranges from one to five. Spotted gnats are nocturnal predators, they are active from dusk to early morning. The food is diverse, from small rodents, through birds, reptiles to fruit.