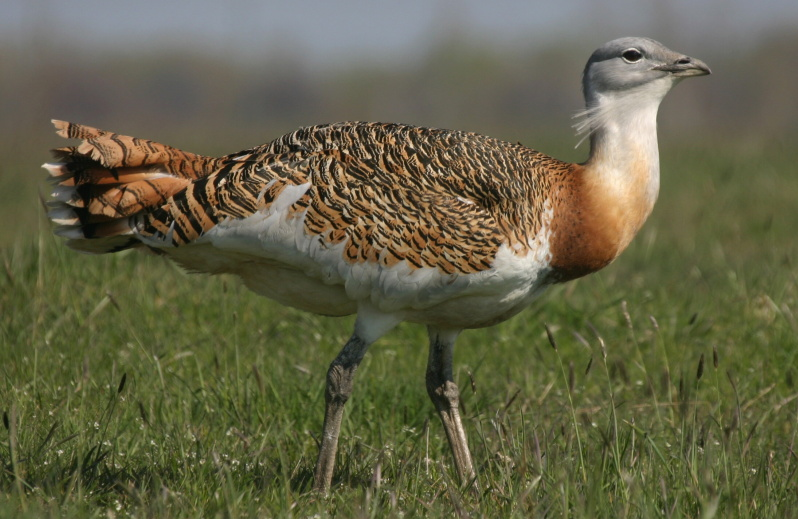 The largest field bird of Europe, the Great Bustard, has lived in Central Moravia since the summer. To the surprise of the local ornithologists, he not only came here outside his nesting area, but he also stayed here throughout the winter, which they consider to be quite unique. A massive bird, which can weigh up to 16 kilograms and a wingspan of more than two meters, can be seen around Tovačov. According to experts, it occurred here after about 15 years. With spring approaching, however, probably return to the nesting site in Austria.
According to experts, this is a young bird who is growing up. He is growing feather beard, which is a sign of adolescent males. “We assume that she will want to find a female, which she will not find here. If he has some sense, he will go back to his nesting place, ”said Jiří Šafránek, vice-chairman of the Moravian Ornithological Association. Yet ornithologists hope to return to Hana. “It's our dream. If he stayed here for so long and he likes it here, he could winter again here, come with the female and not have to go back south, ”said Safranek.
The closest breeding grounds of the Great Bustard are in Austria and Hungary, but occasionally they also nest in Slovakia. 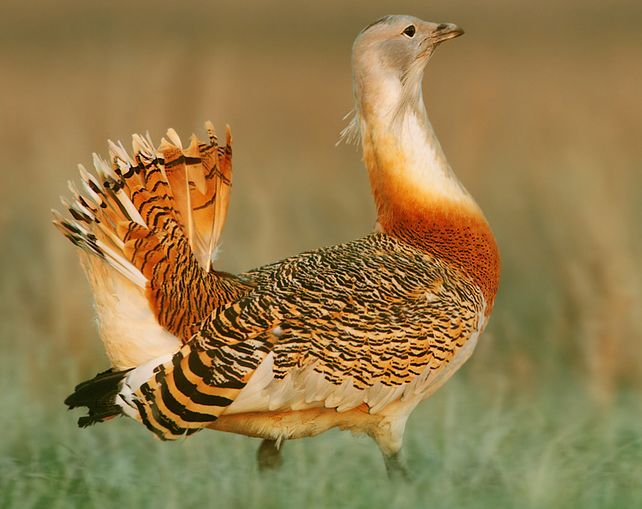 The male grows to 90–105 cm and measures 210–240 cm in the wingspan. The female is significantly smaller, with a body length of 75–85 cm and a wingspan of 170–190 cm. The male weighs between 8–16 kg, the female 3,5–5 kg. The upper is reddish-brown, dense dark striped, head and neck has gray and body bottom white. In flight are striking very white-colored wings with black squadrons. The male has long white feathers at the beak ("beard") and a chestnut-brown chest and lower neck. Females usually lack this chestnut color and differ also in the smaller amount of white on the top of the wings. In the Czech Republic, the Great Bustard is particularly protected as critically endangered.

The video shows a young male who has been in Central Moravia for more than half a year.