Cubs hatched in the Kalakotkas nest 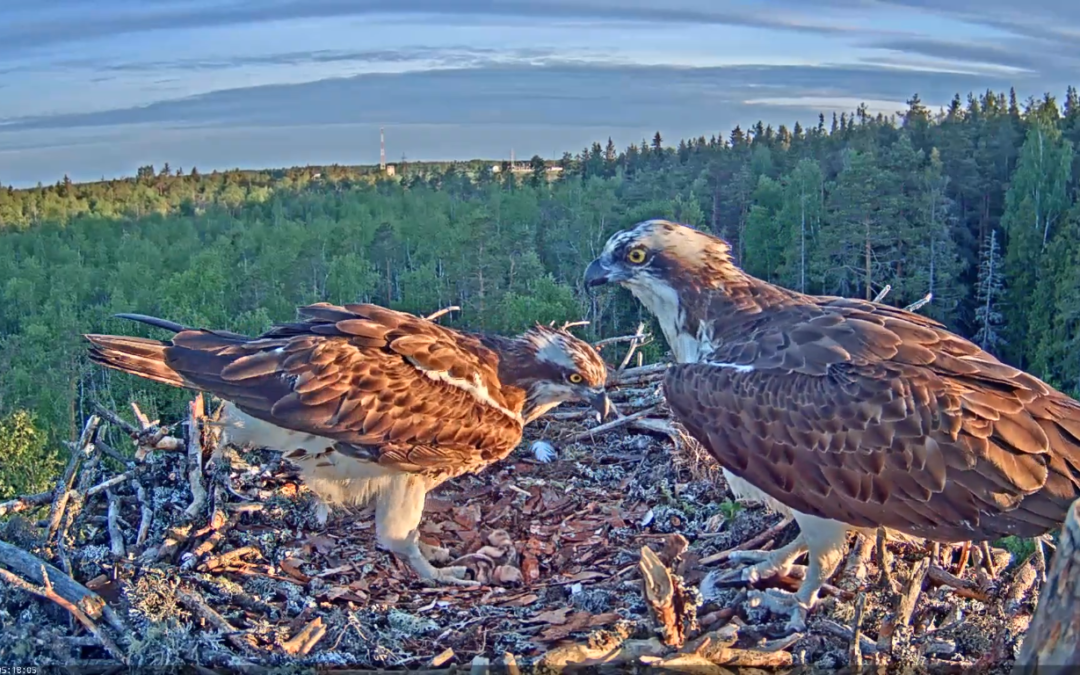 The nest is located in the south of Estonia in Vorumaa area near the river and fish farms, the Osprey have good conditions for hunting.
The nest was artificially created within the ESTLAT Eagles project in 2012. From the second nest is approximately 4km. There is a military base nearby, so it is sometimes not unusual to hear shots.
The female usually places two to three eggs that the pair alternately incubates 36 - 41 days. Young Ospers Feather After 50 - 54 Days.
Estonian nesting works thanks to contributions from Televõrgud and also thanks to the Estonian power system of Elering, which allows their distribution tower to be used to mount portable devices.

The new pair of Osprey was named Marko and Miina
2. On April 20, the online transmission from the nest was launched.
The female laid the first egg 20. April, second 26. April and the third 26. April
2. May one egg disappeared overnight, 5 may have seen that the egg is broken in the nest.
Both chicks hatched the same day 30. May

12. April arrived at the nest of a female

19. April ringed female from Estonia on nest. The female was ringed in 2015

5. May, one broken egg in the nest can be seen