Results of the autopsy of the bald eagle E14 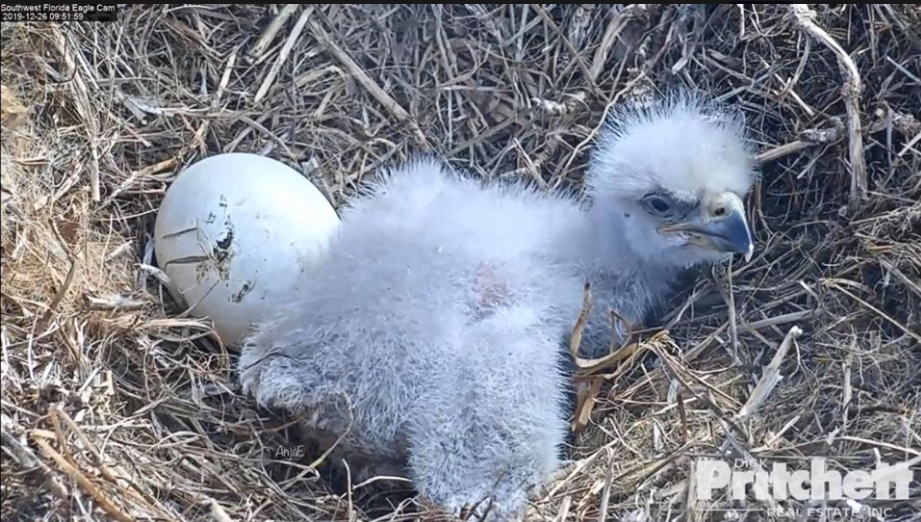 A young bald eagle E14 from the Southwest Eagle Cam nest in Florida died January 15
Veterinary Workers of Wildlife Rehabilitation Clinic, Inc. CROW On January 16, the eagle's remains were removed from the nest and a brief examination of the E14 remains found that the entire left side was covered with blood that had come from broken feathers on the left flank. There were no other traumatic wounds before the eagle died.

The E14 remains were sent to the Southeast Cooperative Wild Disease Study (SCWDS) of Georgia for further evaluation and testing.
E14 RESULTS: Blood tests revealed that E14 was male. Furthermore, liver tissue E14 was found to contain markedly elevated levels of brodifakia, a type of anticoagulant rodenticide, or rat venom.
Anticoagulant rodenticides or rat poisons prevent normal blood clotting and cause the death of an animal that has been toxic. Rodents that consume poison often become disoriented or lethargic because they die, become easy prey for eagles, hawks, owls, and other predators… the poison passes through the food chain. Unfortunately, it is not unusual for apparently healthy predators to have a positive test for low levels of rodenticides that have not yet reached the point causing toxicity and disease. Adults in the nest are likely to be chronically exposed to rodenticides from the same food sources, but currently suffer no adverse effects due to their larger body size compared to the affected infant.

Online broadcast from the nest of bald eagles Harriet and M15