Statement on the death of a young bald eagle E14 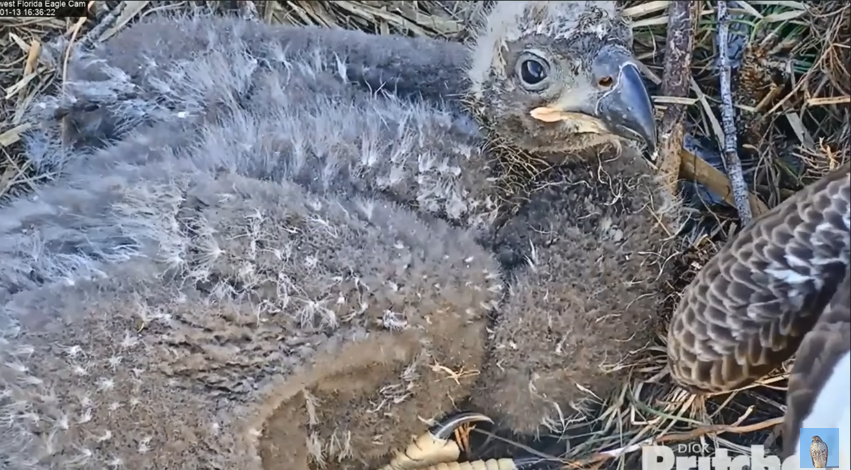 Bald Eagle it has long been celebrated by people for its strength, wisdom, hope, courage and loyalty. They were held in respect by many religions and cultures as an integral part of their traditions and spirituality. Amazing flights lead the eagle to the highest heights between and above the clouds. This ability was to create a balance in your life that allows a powerful vision while maintaining a strong bond with the earth. Their survival orders them to live life in an instant and to adapt to unforeseen circumstances. They fearlessly focus on the continuation of their kind and are deeply committed to their friends and descendants.

The E14 was a bright and joyful addition to the world of Harriet and the M15, and during these few short weeks caught the hearts of everyone. E14 was an intelligent and energetic eagle. Harriet and the M15 took special care of their dear child. It was clear that E14 suffered a wound leading to blood loss. Harriet stood at E14's nest, and the M15 often checked them. It seemed as if they knew something was wrong with their precious little one. E14 made the last voyage to the Spirit of the Great Eagle in the early morning on Wednesday, January 15.

On Thursday afternoon, CROW workers removed the E14 remains from Eagle Cam's nest in southwest Florida and brought them to the Wildlife Rehabilitation Clinic, CROW. The egg was also removed from the nest.
An X-ray image of the body that did not reveal any foreign objects such as a fishing hook in the E14 was taken, and the employee who picked up the remains found no fishing hooks or cord in the nest. 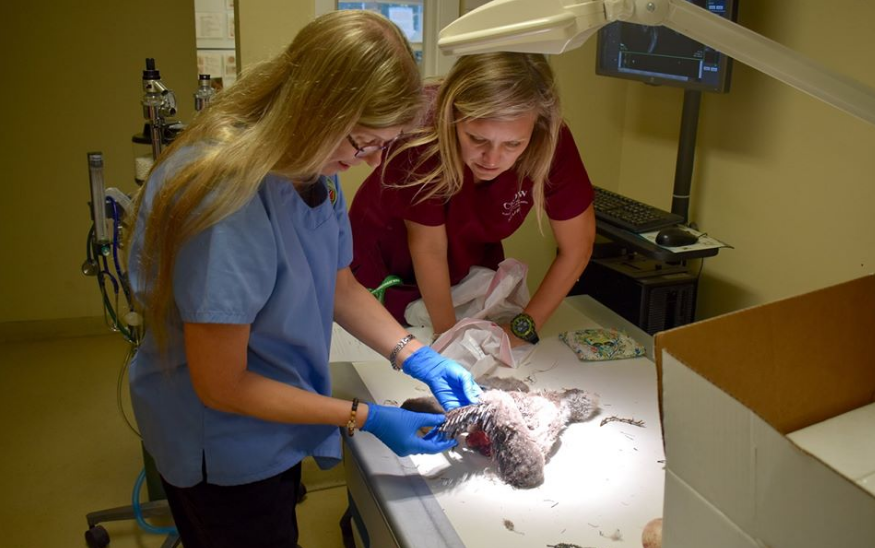 Veterinarians conducted a brief examination to find that the entire left side is covered with blood, which appears to come from broken feathers on the left flank. There were no other traumatic wounds before the eagle died.
The remains of the E14 were sent to the Southeast Cooperative Wild Disease Study (SCWDS) of Georgia for further evaluation and testing, including rodenticide testing (pesticides for rodent control, blood coagulation disrupting chemicals) that could have contributed to the eagle's death. It will take some time to get results, but we will share them as they become available.
We were able to determine that the ovum had been fertilized and partially developed, but we could not find out why it did not hatch. 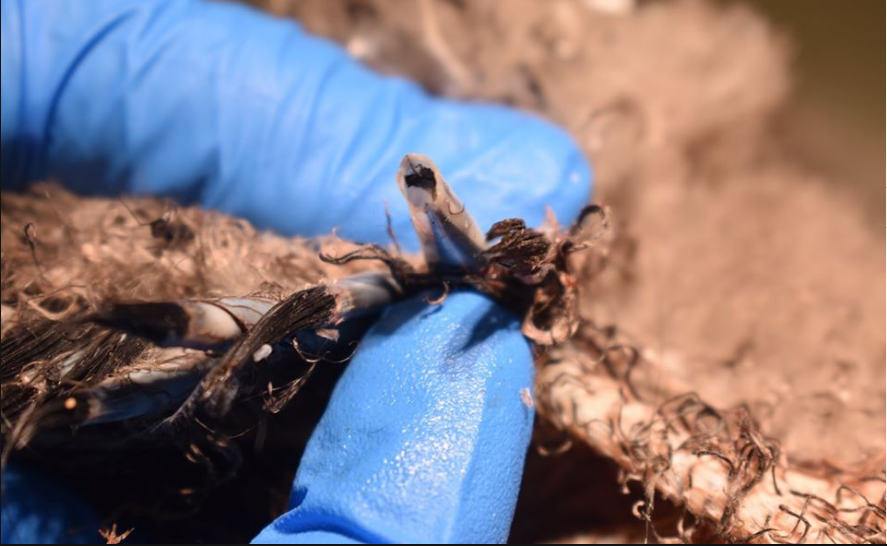 All birds have feathers in their blood, so it is important that pet owners know them and know what to do if the feathers break. These feathers are also known as blood feathers. It is a new feather that actively grows and blood flows in the shaft. It is seen in young birds and in mature birds after molting or feathering or tail feathers.
Broken blood feather
Broken blood feathers can be an emergency situation for a pet. The broken blood feathers that remain in the bird's skin essentially function as an open faucet that allows blood to flow out of the bird's body. Because birds cannot tolerate many blood losses, broken feathers that remain untreated can be fatal in some cases.
If you notice blood on your bird or in a cage, the first thing you need to do is see if it really is the result of broken blood feathers. Most broken feathers are relatively easy to identify because you will be able to see blood coming directly from the feathers. If you are unable to determine if your feather is a source of bleeding for your bird, take your bird to the vet as soon as possible for examination and treatment.
Therapy
If you are able to identify broken blood feathers, they must be removed from the bird's skin to stop bleeding. To remove broken blood feathers, you must first wrap the bird in a towel. This not only allows you to safely limit your pet while working on feather removal, but as a result also reduces the amount of stress for your bird.

The needs you will need are a plucking tool (strong tweezers or forceps, hemostatics (a bleeding agent), or corn starch and sterile gauze.
Once your bird is limited, look for broken blood feathers. Using tweezers, hold the feather firmly at the bottom, near the skin of the bird. Work as quickly as possible and pull the feather base until it is released from the feather follicle. (pen pouch)
After pulling out the blood feather, place a pinch of corn starch on the affected area to aid clotting and use a piece of sterile gauze to exert pressure on the follicle until bleeding stops.
New feathers should start to grow to replace the one that had to be pulled out.
It is a good idea to plan your vet's visit as soon as possible after removing broken feathers, just to make sure that there are no complications and your bird is recovering successfully. If you have not experienced this problem before, ask your vet what you should do if your bird experiences broken feathers. Store strong tweezers or clean forceps and gauze in your first-aid kit for birds.

Videos: WARNING - VIDEO RECORDS ARE NOT SUITABLE FOR SENSITIVE CHARACTERS!

Injured E14 on the nest

E14 died during the night. Harriet spent the night near her baby - E14 died sometime after 1:30 in the morning.

Removal of remains of E14 and hatched egg

Viewers come to the nest to express their condolences and respect the loss of E14.