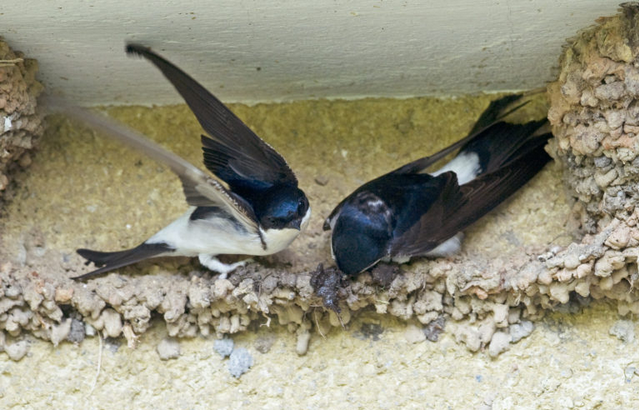 Czech Ornithological Society (CSO) awarded the title to Feathers, which lives near people and leaves for Africa in the winter. By awarding the title Martin Martin, ornithologists want to draw attention to the loss of a suitable environment due to construction work and interventions in breeding sites.
The title of Bird of the Year is awarded by the Czech Society of Ornithology (CSO) to species that are well known to the public, but in the case of Martin, ornithologists with the word "known" are cautious. “Martin is generally regarded as an ubiquitous species that every little child knows, but we, ornithologists, cannot say for sure that we know perfectly well. Although she lives close to people, there are some mysteries and mysteries that can't be explained, ”says Zdeněk Vermouzek, director of the Czech Ornithological Society.

Martin is a migratory wintering species in Africa. Where exactly, it is not known. “We know that Martin travels across the Sahara on his way to wintering grounds, but as far as he can reach, this is a mystery that experts across the continent are solving. Despite tens of thousands of rings placed on feathered Martin's feet, neither of us has returned to us from the countries south of the Sahara, ”explains Lukáš Viktora, a CSO expert in bird protection. 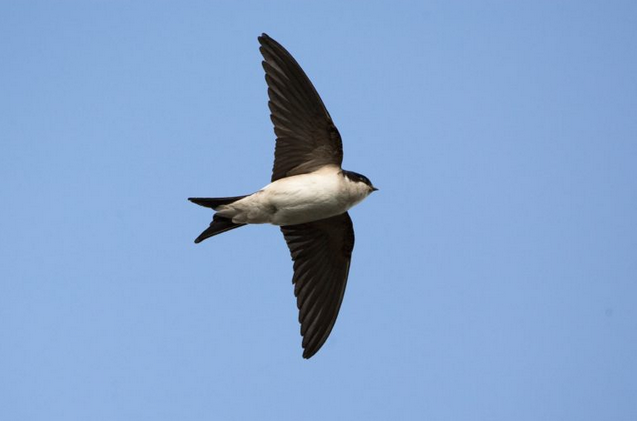 Martin in flight. The whole bottom of the body is white. Photo: Petr Šaj

Thanks to the ringing, however, ornithologists know that the martins return faithfully to the place where they nest. “Martin's nesting grounds arrive at the turn of April and May, the first of which can be found around St. George's Day, April 24. Either they use the old nest, or, if they can't, build new ones from mud and saliva. They always place it on the outer walls of buildings, most often under cornices, window niches or recessed loggias, ”Viktora says.

Birds are running out of nest

Martin has been living in harmony with man for millennia, but recently they are harmed by intensive large-scale agriculture, which, according to ornithologists, disrupts the landscape and uses chemicals to reduce insects. “There is also another relatively new trend - dropping Martin's nests in fear of accumulating droppings underneath. At the same time, it is sufficient to place a pad under the nest to catch the droppings, ”Viktora said.
According to Viktory, Martin is a social bird, colonies can number tens, rarely hundreds of pairs. It takes about ten to 14 days to build a nest. “If they decide to build nests somewhere, it's a choice for life. Generations of Martin have lived in the same building for decades. They often occupy a rough construction before completion and then return to the proven nesting site every year, ”Viktora described.

“If they decide to build nests somewhere, it's a choice for life. Generations of Martin have lived in the same building for decades. They often occupy a rough construction before they are finished and then return to the proven nesting site every year, leaving the surrounding buildings unnoticed, ”Viktora said.
He mentioned that Martin's shrinks in possible nesting grounds, for example, by glazing loggias in prefabricated houses or covering them with nets against pigeons. Mechanical barriers such as pigeon spikes or free-flowing netting are dangerous to the martins. According to Viktor, people have lost helpers who have been rid of mosquitoes, aphids, flies, and other insects. 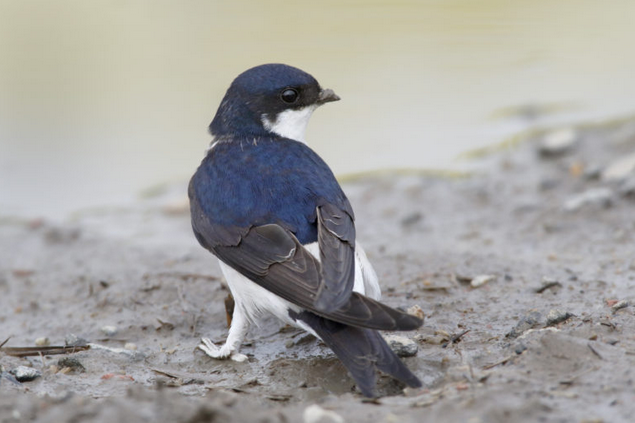 Martin usually flies down to the ground only when they collect mud to build a nest. Photo: Jiří Bohdal

Do you want to help Martin? Prepare her mud for her nest

It takes about ten to fourteen days to build a nest. “The problem in finding building materials can be drought. The dried clay does not build a nest, need mud, which will stick well. Each of us can help Martin by preparing a pot of clay in the garden and pouring water. If Martin's are nearby, they quickly find the source of mud. Another way to help Martin is to place artificial nests that are well received and successfully led by young people, ”advises Viktor.