Young eagles from the Estonian nest Kalakotkas2 are already flying! 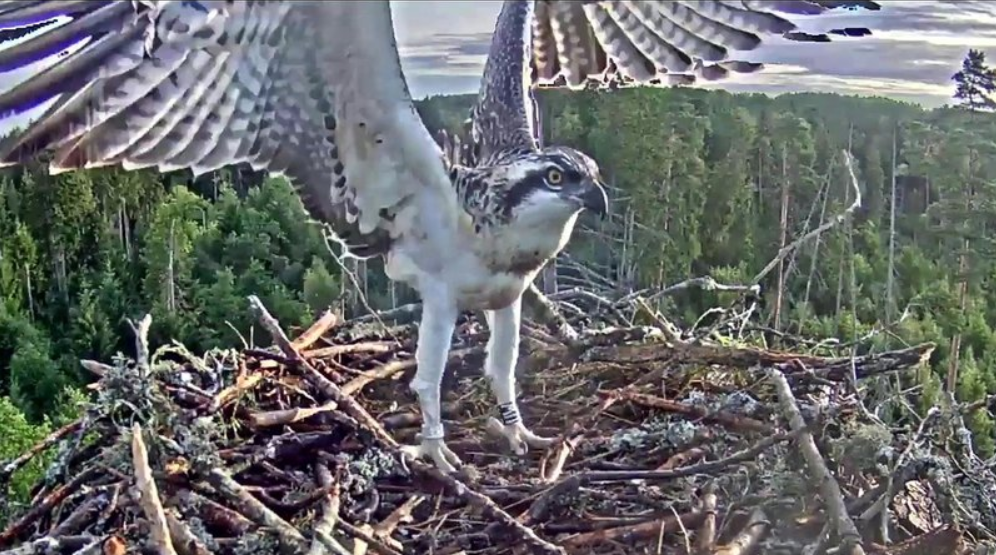 The nest of golden eagles is located in southern Estonia, in the Tartumaa region, near the fish farm.
Near the nest is a river and ponds.
Resident male Ivo hatched and in 2013, he was circled by ornithologist Joosep Tuvi, in a nest 50 km from the Kalakotkas2 nest in the Jõgeva district
Female Iiris has no rings.

An online broadcast was launched on March 28

On April 7, the resident female Iiris returned to the nest from migration
On April 9, resident male Ivo (ED) arrived
On April 22, the female Iiris laid the first egg
25. April's second egg
April 28, the third egg
On May 2, one of the eggs was accidentally thrown, when a sticky egg stuck to the female's feathers, thrown to the edge of the nest.
On May 3, Ivo threw the eggs back into the nest
On May 4, Iiris was attacked by an owl
On May 19, an uncircled eagle with a fish on its nest
May 22 eagle with ZK ring on the nest. ZK was one of three eagles in the nest, which was circled by Joosef Tuvi on July 03.07.2018, 70, near the village of Rannapungerja, on the northern shore of Lake Peipsi (2 km from the kalakotkasXNUMX nest)
It can therefore be assumed that ZK is a young man who returned to Estonia after the first migration
On May 28, another visit to the Estonian eagle ZK

The remaining egg did not hatch, most likely an egg that was on the edge of the nest from 2 to 3 May

July 10 during a camera outage from 3-15. July ornithologist Urmas Selis of a young eagle circled the UW and UX rings 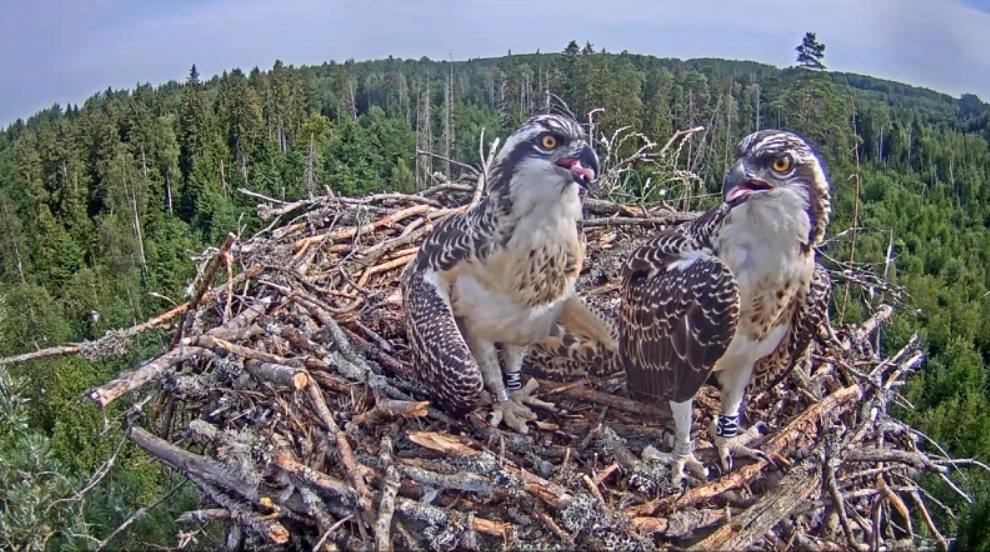 On July 20, a young UX eagle flew out of its nest for the first time

On July 24, UW flew for the first time


The first flight of UW and return to the nest

The second flight of UW