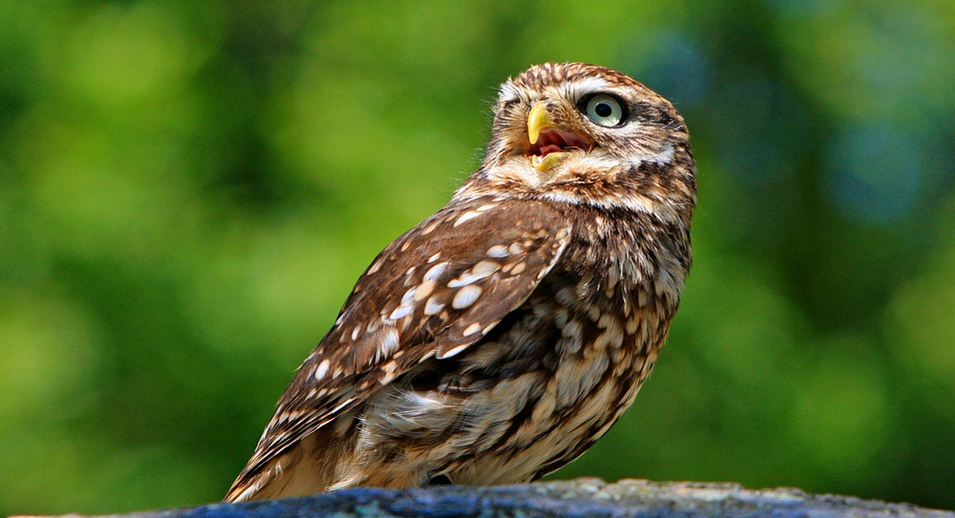 The owl grows barely the size of the domestic pigeon.
It has a robust body, wide and low head, short tail and strong limbs with sharp and strong claws. The back and head have a dark brown with a lighter spot, a belly of striped brown, a lower tail and a limb pure white. Large yellow eyes and beak are also noticeable
and a white stripe above the eyes, which gives the bin a characteristic serious expression in the face. Both sexes do not differ in color, young birds are more dull and have a less visible white stripe above their eyes.
They live mainly small rodents, most often field hunters, other smaller mammals, insects, lizards, frogs or snakes,
for youngsters, the main food component is mainly earthworms.
When she sees the prey, her owl surprises her with a quick lurch from her observer and then grabs her into her strong claws. The smaller prey eats on the earth, the larger it usually takes to an elevated place.

It nests from April to July. It is most often fed into the cavities of mostly old and deciduous trees, but also in barns, soils,
in abandoned buildings, occasionally in bird booths.

Tiny Tiny:) The adult itself is not too big, so the cub also has nothing to be big.

28.6. the nun went out to show the camera and then scuttled out

Approximately 20: 10 has escaped from the nest, it goes back

6.6. he shows up, so he only sees it, but no more. because it occupies the entire camera

14: 42 one dude shows up in front of the camera, others peek out

24.5. here's the rumble, one screaming, the other shoving the sawdust over the others, the next one jumping. Even to make their parents a little bit level.