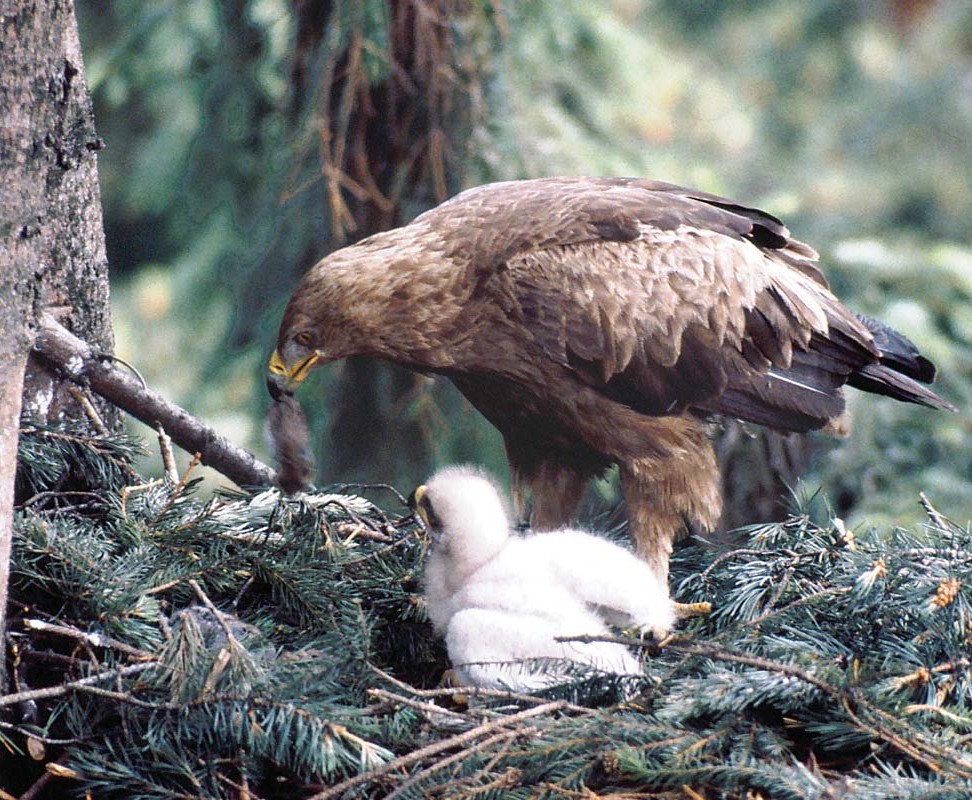 Medium sized eagle (body length 55-65 cm, wingspan 143-168 cm). It looks like an egg, but in flight it has shorter, less pronounced fingers. Adult birds are from the top and bottom dark with their forearm and head. At the root of hand droplets there is a small distinct white patch, the upper tail croaks are whitish. Young birds have white peaks of wings and a small rusty stain in the back of the neck.

It has a European, or. palearctic extension type. A migratory species, wintering in Africa. It nests at the edges of forests. Prefers a humid environment. The total population is estimated at 40 - 000 individuals.

In the Czech Republic it was almost extinct in the 19th century. In the 20th century it nested regularly only in the Bohemian Forest, where it was still in the 70-80. years nesting population size estimated at 2-3 pairs, but in the 90s disappeared.

Thank you to webcam operators:
https://www.lvm.lv/sabiedribai/web-kameras

25.3 A few buzzards have been working on nesting since morning

24.5. The transmission is stuck… It doesn't look good here with the egg, nothing will happen. Betina leaves the egg for several hours. A foreign female started attacking her there two days ago.