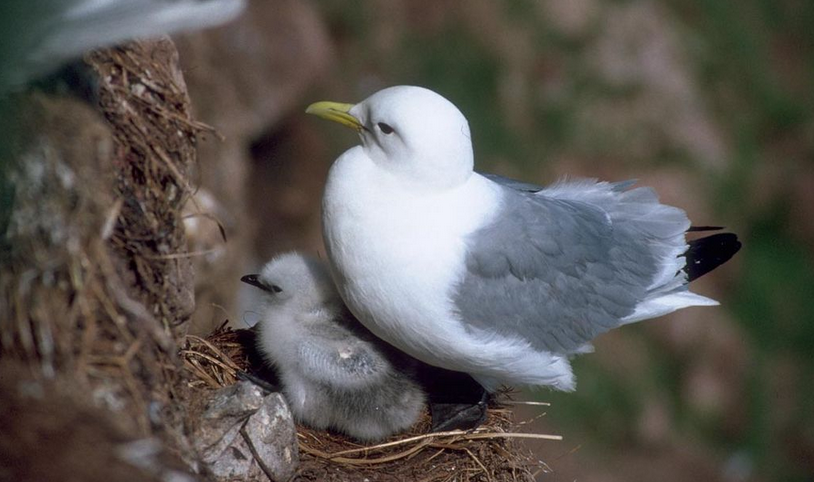 The nesting ground for three-toed gulls is located in Gateshead, England.
NewcNewcastle- Gateshead Quayside is home to the most inland seagull breeding colonies in the world! These fantastic birds spend the fall and winter outside at sea and return to their nests on the construction site and bridge ledges along the River Tyne in late February to August. Enjoy a close-up view of the birds as they meet their partner, build their nests, lay eggs and raise their chickens using the Kittiwake camera connected to the BALTIC Center for Contemporary Art.

* Please note * The camera will turn on between March and August while the birds return to their nests.
Thank you to webcam operators:

The three-toed gull is slightly larger than its more abundant relative the gull, it grows approximately 40 cm, weighs 300–525 g and has a wingspan of 90–100 cm. It is predominantly white with a gray back and wings that have distinct dark ends, dark limbs and a yellow beak. During the winter, he shows a distinctive dark gray stripe behind his eye. Both sexes are the same color, young birds have a dark tip of the tail, distinctive black plumage on the wings and neck, two dark stripes on the head and a dark beak. The three-toed gull nests in large numbers on the European and North American coasts of the Atlantic and Pacific Oceans. After nesting, the birds leave the colonies and disperse across the seas. During the summer, it usually stays by the sea shore. It hunts mainly small species of fish, crustaceans, insects or worms, often accompanying large fishing boats, on which it eats the remains of caught fish, or robs smaller species of water birds of prey. Like most other species, seagulls nest in numerous colonies. An untidy nest lined with moss or seaweed is usually built on sea, often very steep and inaccessible cliffs. The average clutch counts 1-2 white eggs, on which both parents sit alternately for 25-32 days. They take care of the young for the next 33-54 days. It can live for more than 15 years in the wild.