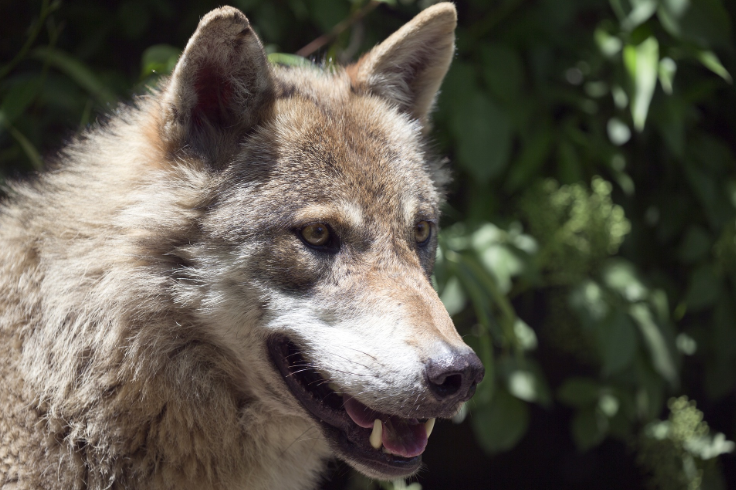 A documentary film about wolves in Minnesota
Common wolf is a big dog beast. Weight: 16-80 kg. The average weight of northern wolves is between 35-40 kg, individuals over 54 kg are unusual. The confirmed record weight of the North American wolf is 80 kg, Body length: 100-170 cm, tail: 35-50 cm. Height at withers: 65-115 cm.
It was originally spread throughout the northern hemisphere, now its occurrence is very limited - its conditions radically decreased and in many places it was extirpated. Wolves reach 16 to 80 kg. They live in packs formed by the Alpha Alpha Leader and several of their descendants. They live with diverse prey from insects to bison and musk. They hunt roes, wild pigs, rabbits, hares, mosquitoes, beavers, smaller rodents, fish or various reptiles. In some places, they focus on waterfowl and its eggs. They also kill competing smaller predators - foxes, kunas, cowards, badgers, wild dogs. If there is no need for insecurities and insects and carcasses. Their enemies are, besides man, also tigers and bears.
Wolf coat consists of two layers: the top layer is made of thick hairs that repel moisture, the undercoat is soft and serves as thermal insulation. The insulating ability of the wolf coat is so good that the wolf does not wash the snow. Wolves have a tall tail, which they use as a blanket in winter. The northern subspecies also have a much longer and denser coat than the southern ones. Wolves are the most diverse species in the world - their coat can be pure white, completely black, dyed in all shades of gray, cinnamon, cream, brown, silver and gold. Of course, all transitions are possible. The coloring also depends on the season. Winter coat is lighter and thicker. Most wolves have a darker back and a lighter belly, often with a darker mask around the eyes.
Wolves are a highly adaptable animal species, able to live in deserts, dry steppes, forests, swamps and tundra. In many subspecies, they inhabited the entire northern hemisphere. Enlargement of the wolf included the whole of Europe and most of Asia except the tropical southeast. In North America, it has also spread across the entire territory from Alaska to Mexico.
Wolves are social animals mostly living in well-organized packs. The classic wolf pack is the leading "alpha" pair, usually associated with life, and its descendants who occupy "beta" to "omega" status. The group can also be added to unrelated individuals. Alpha wolves lead the pack, multiply and divide tasks. "Beta" wolves are usually the largest individuals to protect the pack and "alpha" wolves. "Gamma" and other wolves are primarily concerned with hunting, raising youngsters, and have the task of "pretending" to make the pack look more numerous. The "omega" wolves have the task of exerting tension, extinguishing imminent conflicts in the pack, and playing the role of a "clown". Alpha wolves in North American packs usually know the most striking dark drawings on the head and back. The size of packs depends on whether there is enough food. It can have more than 20 members. However, wolves can only live in pairs or lonely, and they only associate temporarily in packs.
During a period of gestation that lasts for 62-75 days, females usually stay around the lair. 5-6 wolfs are most likely to be thrown. The young are born deaf and blind, weigh 0,3-0,5 kg and get the senses after 9-12 days. After three weeks they leave the lawn for the first time. The females have remained with them until then, and the males are fed by food. After 1,5 months, the wolves are fast enough and skillful to escape, for example, from humans. Young wolves leave the pack between 1-3 years of life, though there are times when 5 years old wolves stayed with their parents. They look for partners and try to set up their own pack.