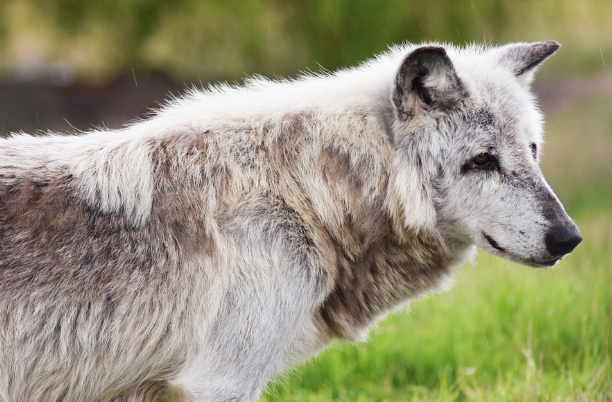 Story of the wolf pack and its leader alpha male named Storm, in the Wood Buffalo National Park in northern Canada.

Canadian wolf
is a canine, a subspecies of a wolf. It inhabits the deep forests of Canada and Alaska, and is even one of the most numerous species of wolves
in North America. Canadian wolves are one of the largest subspecies of wolves, some males in British Columbia have 45 to 61 kg. Their coat can have different colors, from black and white, to classic gray, down to the sides, to pure white.
They mostly live bison and lotus calves. While hunting the pack works well, it moves the herd, and individuals waiting in front of the herd try to separate the previously looked weaker individual.
Without the tail, the length of 100 to 150 cm increases. The length of the tail is between
30 to 50 cm. Weigh 40 to 60 kg.