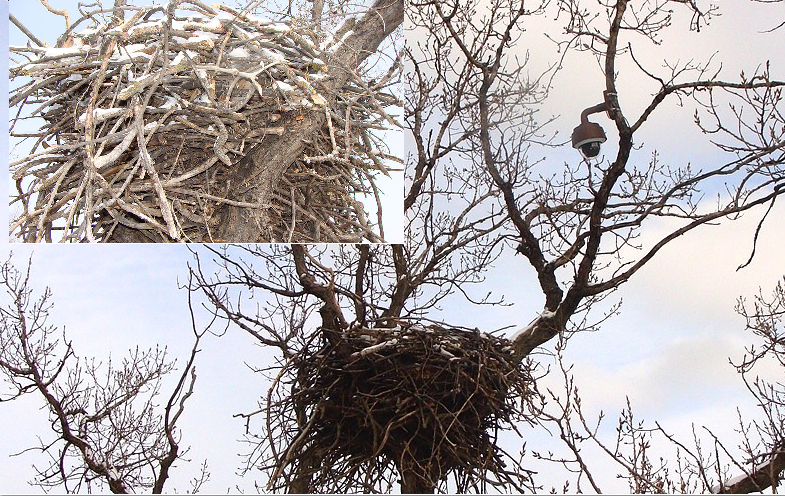 The DNR broadcasts transmission from the Bald Eagles nest for the fifth year.
Eagle couple stays around nests in the area throughout the year.
Although the nest looks cool sometimes, even covered with snow, the eagles have adapted to Minnesota and can care for eggs under these conditions.
The males and females alternate when incubating the eggs, keeping them warm and dry in a deep pocket in the center of the nest.
Before the 2012 camera was installed, biologists believed that the eagles used this nest to lay eggs before the other nests. The installation of the camera confirmed this.
Number of pups in the nest:
Year 2013 0
The 2014 2 year of a female egg flew around 14 in February
The 2015 2 year of the female egg flew around 19 January
The 2016 3 year was taken by a female female around 25 in January

Photo of the nest.