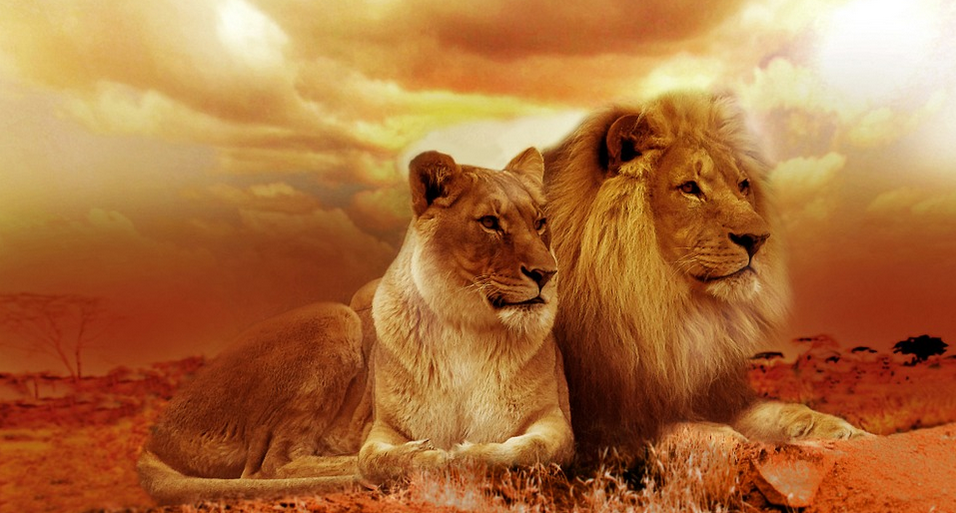 Leo is a feline mammal and one of four species of large cats of the genus Panthera. The lion is the second largest cat of the cat. Males weigh 150-250 kg and female 90-165 kg. In the wilderness, the lions are experiencing 10-14 years,
while in captivity the 20 years can also be experienced. Previously, lions occurred throughout Africa, Asia, Europe, and even America, nowadays only in Africa and in several places in India. They are companion animals and hunt in packs.

The lions exhibit marked sexual dimorphism, the main and determining feature of the lion's male is their mane.
Lions are carnivorous and show two types of social order. Some are part of a pack that is composed
from relatives of females, their offspring and groups of one to four males (so-called coalitions) who mate with adult females. Another group is nomads, who are loners, sometimes even individuals living in a couple.

Kruger National Park is the oldest African park. It was proclaimed in 1902, and today it is the most visited and most famous natural attraction in South Africa. He has the name of the Boerist politician Paul Kruger. It is actually a small state - an area comparable to that of Wales or Israel. It measures less than 20 000 km² and is located in Transvaal on the border
with Mozambique and Zimbabwe. From the Crocodile River in the south to Limpop in the north is measured 350 km, there are 2400 km roads
and 24 camps where you can stay overnight.
there are almost 500 bird species, from small snorkels to ostrichs. An aerial census of each game is conducted annually. The most abundant are the impalp antelopes, about 120 000. Zeber is 30 000, 13 500, 10 500, 4000 3000, 2000 water, 1000 swan and hippopotamus, XNUMX antelope, XNUMX antelope.
The large beasts are lonely, too - lions are seen every year by 1500, 1000 leopards, and there are also cheetahs, hyenas and hyenic dogs.
The biggest problem in Kruger Park is neither visitors nor poachers, nor beasts, but especially elephants.
Their conditions are constantly increasing and the area of ​​the devastated landscape is increasing. The shrub bush is in places,
where the bigger elephants of the herd appear to change in a desert that does not feed other herbivores. There is a decline in the status of very rare species of antelope, reducing the number of elephants by blasting protest protests protects nature.