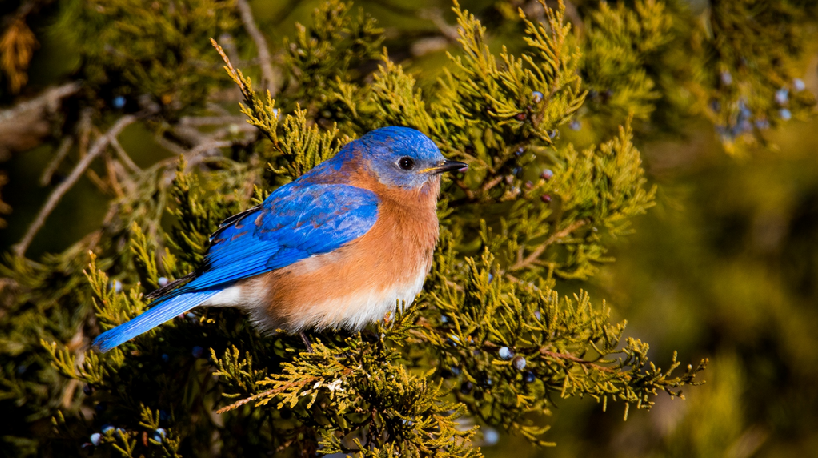 Booths 1 and 2 are located in Murrysville, Pennsylvania

The Blue Mountain is a thrush bird living in the eastern half of North America. From the southern part of Canada and from the Rocky Mountains to the east in the USA, to the south to South Florida. It is described in 6 geographical forms.
A smaller thrush bird of the type of our garden roe deer in terms of figure and similar behavior. The head, the upper half of the tail as well as the wings are light blue. From the neck downwards, the whole half of the body is cinnamon orange. It is an insectivore that turns to suitable fruits at the end of summer. The female is the same color, but slightly duller tones and hinting at her breasts and shoulders. Birds move south in the winter, so it is possible that they can get to Europe from Central America, despite a ban in the US.

Thanks to webcam operators:

21.5. the young people left the booth - the transfer is over

16.5. nice shot of quadruplets, feathers are starting to grow