In Estonia, bald eagles are preparing to nest 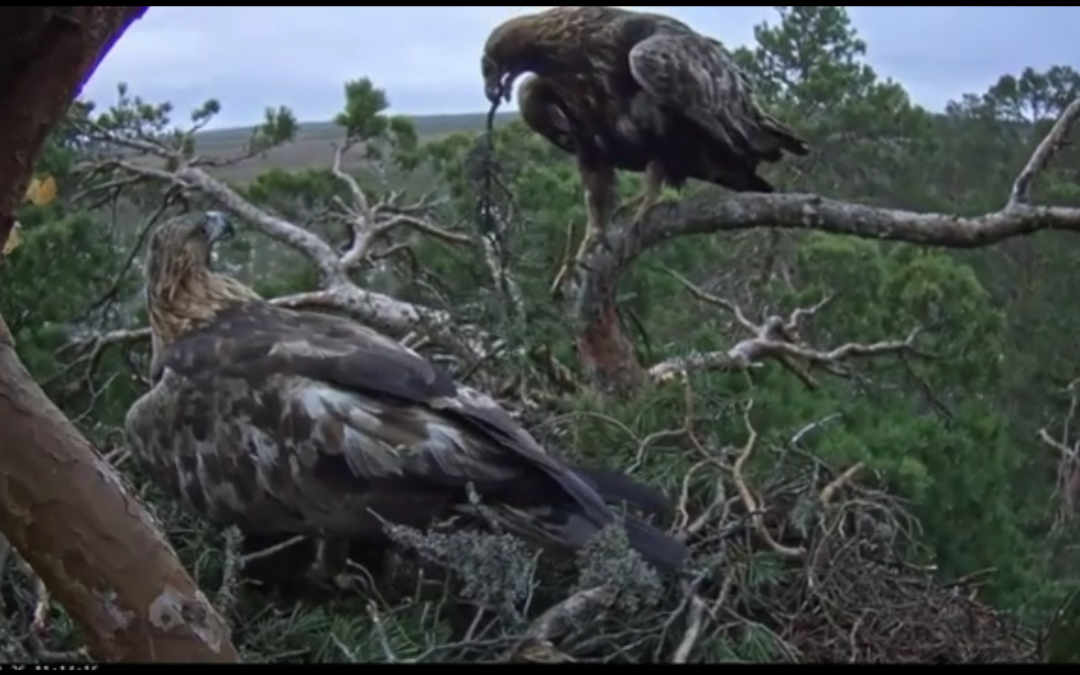 The nest of bald eagles is located in a swamp, in the Soomaa National Park in southwestern Estonia, where eagles have been nesting in the same swamp since the second half of the 20th century, when the legendary Estonian naturalist Viktor Masing (1925-2001) found an eagle's nest there. The nest seen on the camera has been used by eagles since 2011. Since then, four chicks have been raised on the nest.
In 2018 and 2019, eagles brought fresh material to the nest in the spring, but did not have eggs. In the case of bald eagles, such so-called non-nesting periods are common, when the nest is decorated with fresh branches, but the eggs are not laid.
Rock eagles begin to decorate the nest with fresh branches at the end of winter.
Female eagles usually lay eggs in the second half of March, the young hatch in late April. They have up to two eggs, but generally only one eagle chick survives. A weaker cub usually dies from lack of food. In 2020, the first egg was laid on March 11. This year, the eagles raised one cub.

The origin of the male bald eagle Kalju is not known, but the female Helju has a metal Latvian ring on her left leg. 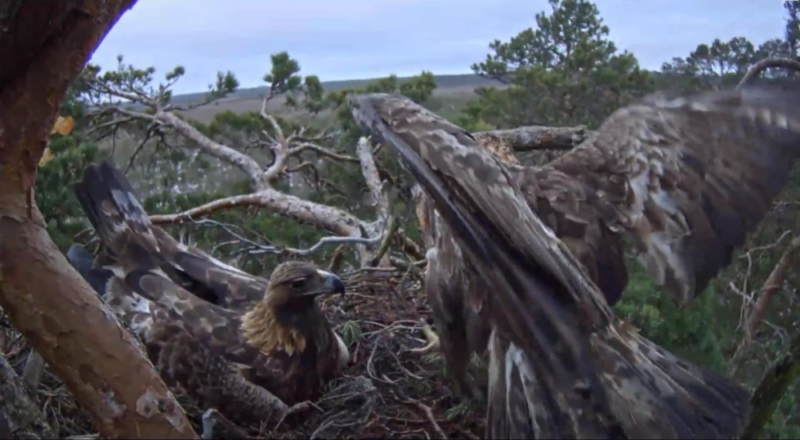 The camera was installed on the nest by Urmas Sellis and Gunnar Sein from Eagle Club Estonia and Omar Neiland (Beta Grupp OÜ) at the beginning of January. An AXIS F41 camera with a custom-made microphone from Omar is used. The main part of the camera is under the nest on the tree trunk, but the lens and sensor are at the level of the nest. The camera therefore appears to be quite small when viewed from the nest. In addition, ornithologists tried to camouflage the camera as much as possible. The camera is powered by solar panels, and to save power, the camera turns off when it gets dark and the batteries are low. Live broadcast from the nest continues at sunrise. The camera image is transmitted via the 4G mobile internet, so that in the event of heavy network use, the transmission may be interrupted.

Male Kalju and female Helju mate on a branch

Morning visit to the nest